This is part 2 of the top 10 habits to boost your immune system!

I hope you had a good laugh, exercised and started a journal (if you don’t know what I’m talking about, check part 1 of this post). Now let’s see what else we can do to boost the immune system and stay healthy longer. 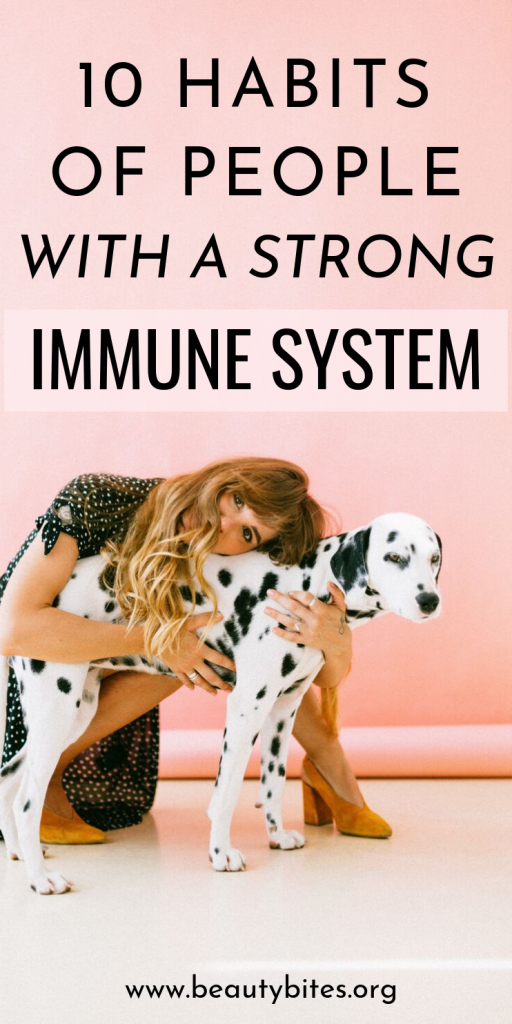 HABIT #6: GETTING 8 HOURS OF SLEEP

Might seem like the big (time) spender here, but 8 hours a night spent sleeping are 8 hours well invested.

No amount of positive thinking, laughter, music, smoothies or exercise can make up for the lack of sleep. Everyone has their own rhythm and the immune system is not an exception.

While we sleep, the immune system, pretty much like us, is recovering from the day before and preparing for the day ahead. It’s the time to build new cells that’ll fight crime and disease the next days. It’s also the time to build the adaptive immune response to viral infection or vaccination.

Being optimistic and joyful is something we can all aspire to be. It’s the one thing we should let all the children be. After all, no amount of money, fame, and success will make you happy if you’re always negative and complaining.

Being positive on the other hand has been shown to boost immunity and protect against certain types of viruses.

Here’s what one study found out:

After being infected with the Influenza virus or the Rhinovirus (causing flu and common cold) people who were more positive showed a three times lower probability of getting sick than negative people.

Just because you’re more joyful and optimistic? Whatever they did – it worked. The ones who were the most positive had the lowest incidence of illness.

This study also confirmed that the health benefits didn’t just come because people were not negative. It was exactly because they were positive that they lived longer and healthier lives.

I always thought this is all just voodoo talk. Who knew that some joyful life is the reason you get sick less often? But somehow during the last years, I started to really believe that.

There are many studies on this subject and they all state the same – being optimistic is powerful medicine. It’s amazing how our brain can turn emotions and thoughts into chemicals that affect the immune system and our health – positively and negatively. 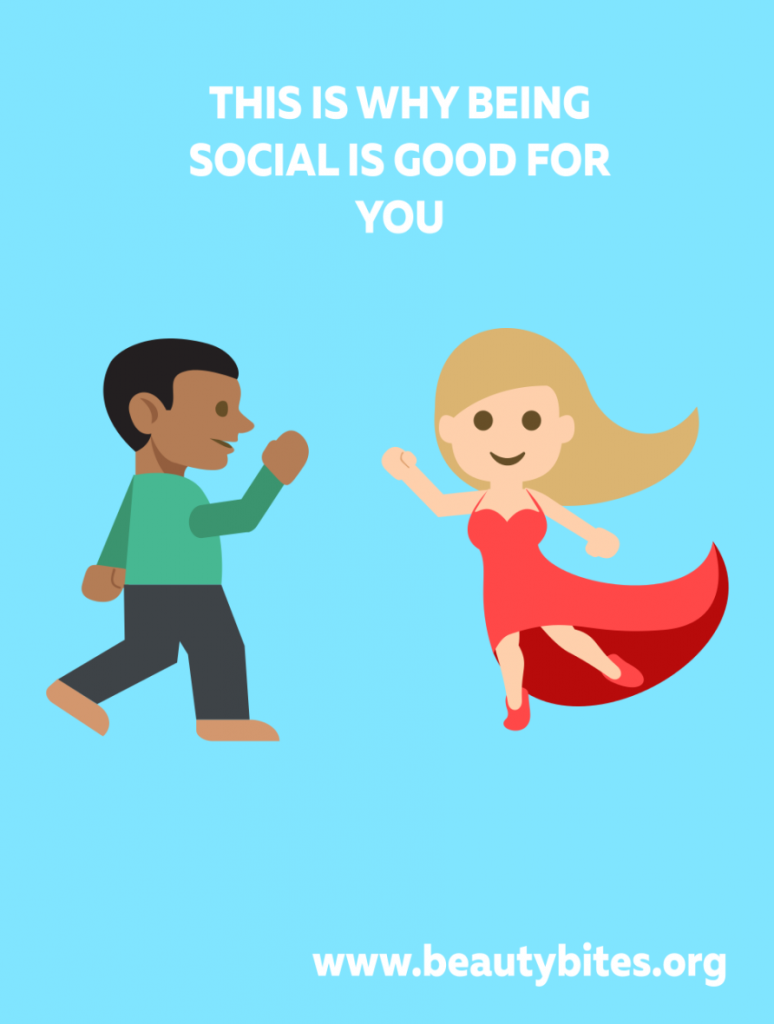 Another thing your immune system asks you to please do is to get social.

It doesn’t necessarily scream at you to hang out all day long on Instagram, Facebook, Twitter, Pinterest, Interest, Email, Pigeon Letter or whatever other social networks there are these days – it says get out and meet people in person. Talk to them, share experiences with them and laugh!

The end goal not just being about spamming other people with your own problems, but more about creating strong and meaningful relationships. Relationships that offer support to both sides.

It again seems like some voodoo crap that wouldn’t do much for your immune system and health but IT WORKS!

Your immune system loves happy relationships and support from others.

These are like an actual cure for a disease. Or a vitamin you need to prevent disease. This was shown for patients with cardiovascular disease, cancer and HIV.

Having someone to lean on is associated with better immune status in HIV patients as well as with higher levels of natural killer cells in cancer patients.

This means that the disease does not progress as quickly for these patients as for people who unfortunately don’t enjoy the support of loved ones.

Good relationships are also crucial in the prevention of cardiovascular disease, which is the leading cause of death worldwide.

Strong meaningful relationships provide a stress-coping mechanism and this might be the reason for reduced cardiovascular reactivity, which is a risk factor for the development of disease.

HABIT #9: GETTING OUT FROM TIME TO TIME

Outside there’s something we definitely miss in front of a computer (or a phone).

And this something is the sun.

What does the sun do?

It makes vitamin D. Alright, actually we make vitamin D. But we need some help from the sun for that.

Once we’re outside we can form vitamin D from a precursor of cholesterol and use it for our own needs. Of course, many people know we need vitamin D for our bones and to prevent rickets in children and osteomalacia in adults.

Some immune cells (monocytes and macrophage) are directly influenced by this vitamin. They need vitamin D to function right.

This would then make the immune cell produce enough antibiotics to eliminate the parasite. If the vitamin D level in blood is low – we’re risking an infection and tons of other diseases like cancer and cardiovascular diseases. This is how I picture this goes down…(yes, I made this graphic…)

The scary thing is that around 40% of the population in developed countries is vitamin D deficient – if not more. That’s a lot.

So go outside. Responsibly of course, don’t get yourself a sunburn, the sun is dangerous these days. Yet your skin can probably tolerate 10-15 min a day, so you get the vitamin D you need.

If you can’t get vitamin D from the sun, you need a supplement, because this vitamin is found only in a few foods (fish and fortified foods) and not in sufficient amounts. 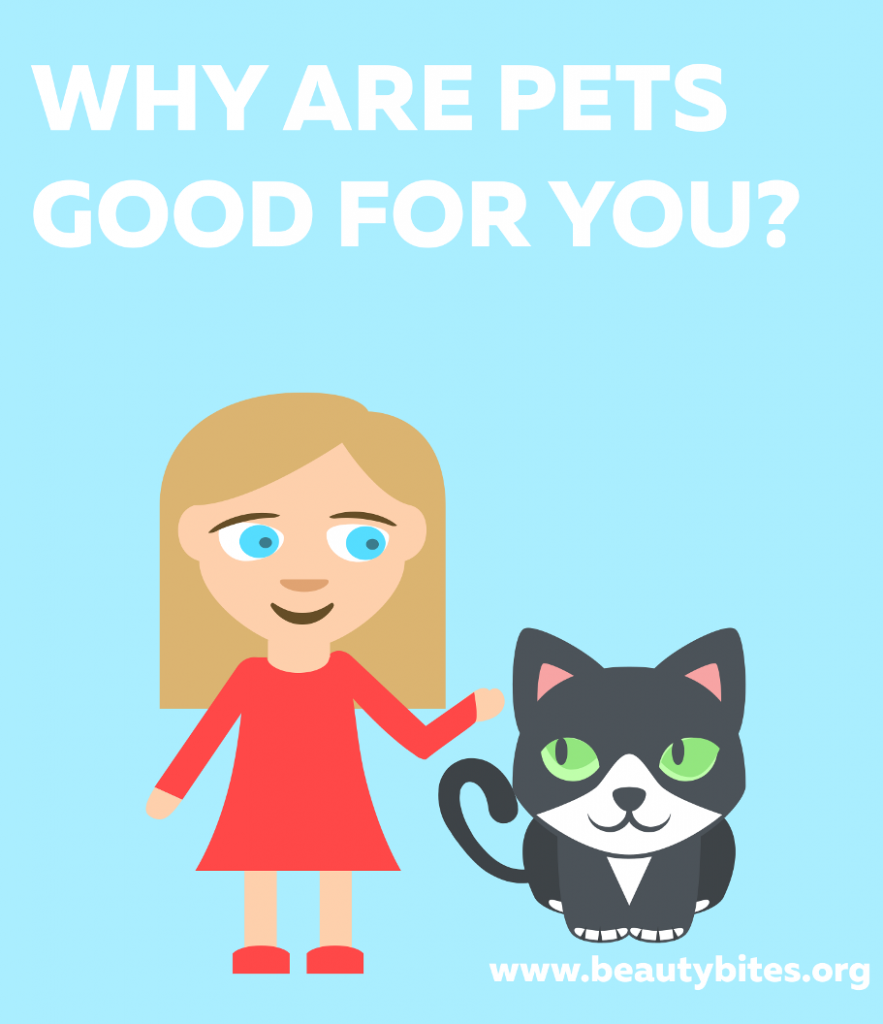 This is a dream come true for me.

Petting a dog (and probably any pet) boosts immunity.

Again sounds like a super weird method to boost immunity, but pets have been shown to be beneficial to health in several studies.

Petting an animal and even just being around one can lower your blood pressure, heart rate and even cholesterol levels.

And it might even be better than friends. Not that you’d be petting a friend, but if you would, it wouldn’t be as beneficial as petting a cat or a dog.

As for the immune system: one experiment with 55 college students studied whether or not petting a dog would raise the secretory IgA levels (first defense molecules in the mucous membranes).

So what they did was:

Can you imagine petting a stuffed dog for 18 minutes? That’s messed up.

But it turned out that IgA levels were elevated afterwards for everyone who was petting a dog – no matter if it’s alive or stuffed.

On top for the people who petted a living dog it didn’t even matter whether or not they liked dogs, they still produced a lot of IgA.

And for the guys chilling on the couch, nothing changed, even though they were also relaxing. So there’s something to pets, beyond just relaxation.

Petting an animal to me is like honey for my soul, it brings me joy and a feeling of reward. Like with positive personality, there are benefits beyond just reducing the effects of something bad.

Of course, if you’re afraid of animals or have an allergy – petting a pet would not be a brilliant idea, but if you don’t – go ahead, it’s good for you, show that dog some appreciation. And if you like me don’t have a pet yet, try petting other people’s dogs or cats, when they’re not looking.

I made this list without even realizing that all these habits result in happiness.

For example, the foods that are immune-boosting also improve mood (I’ll talk about this in another post).

Expressing yourself and getting control of your life?

I can’t think of something that would make anyone happier.

Well, to understand how important sleep is, try being happy when you haven’t slept in a while.

Happiness is related to health and has a very strong relationship to longevity.

Its effects are comparable to whether or not you’re smoking.

I hope you implement the habits on this list in your daily routine and not just improve  your immunity, but also become happier.