Okay, I could’ve easily named this 5-minute white bean recipe, but, but, doesn’t cannellini just sound SO MUCH better and pretentious? White bean sounds like…”Well, you know you’re gonna be farting in your sleep tonight…” While cannellini sounds sophisticated, fancy and like something people would drink with red wine or something. Cannellini! Now do it with an Italian accent! CANNELLINI! And you have to do something with your hands, as if you’re explaining something to someone really stupid who doesn’t understand. 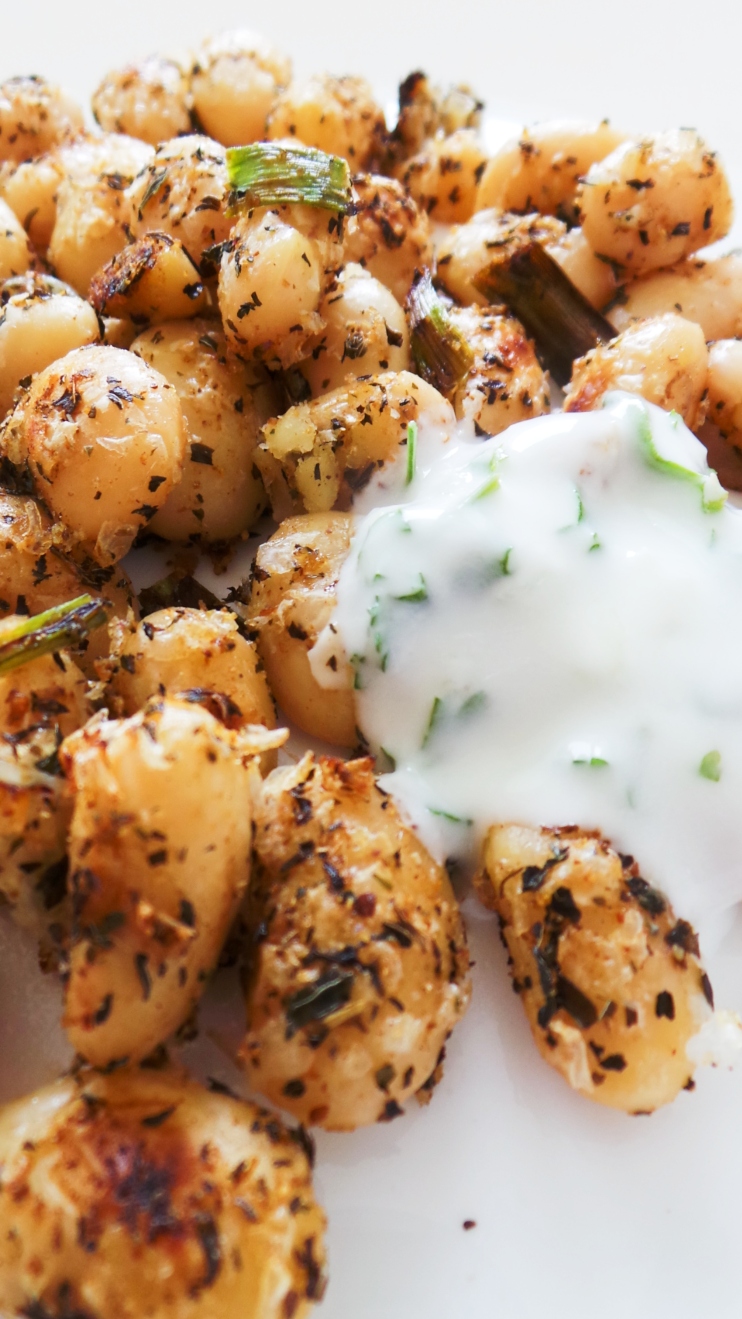 I first had cannoli when I was in Sicily 4 years ago, it was a time of many firsts. First time to a volcano (Etna), first time seeing 2 people being hit by a car while crossing the street, dusting themselves off and moving on with their day (trauma for life), first time seeing someone jerk off in public. Okay, unfortunately not the first time, but it was quite traumatic as well.

Still, I’d go to Sicily tomorrow if I had the chance. It’s so beautiful, warm, Etna’s smoking and the food is pretty amazing. But here I am writing about white beans, with very dirty hair on a hot summer day. Dream big.

But, I do think you’ll like these white beans. 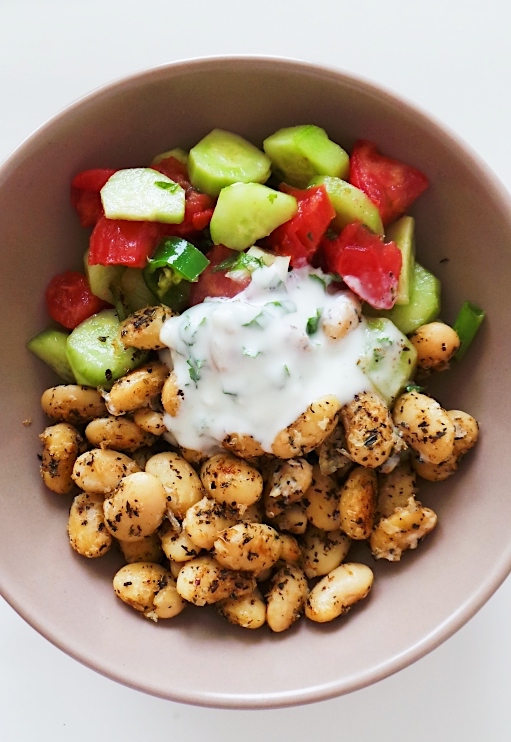 How To Make Cannellini in 5 Minutes?

Simple. Get a can of cannellini, open it and smell it.

Well, now it’s time to face the tough part. Getting rid of that liquid surrounding the beans. I know, it looks very appetizing, but before you decide to make a latte with it, hear me out. It doesn’t taste good.

It’s better if you just rinse and then drain the beans. Forget about that slime – say goodbye, so you can both move on.

Now that we have sparkling clean white beans it’s time to heat them in a non-stick pan with some coconut oil or olive oil. Some people say frying with olive oil is more poisonous than being bitten by a viper snake, I wonder how the poor people in Spain and Greece survived all those olive oil attacks during the years. 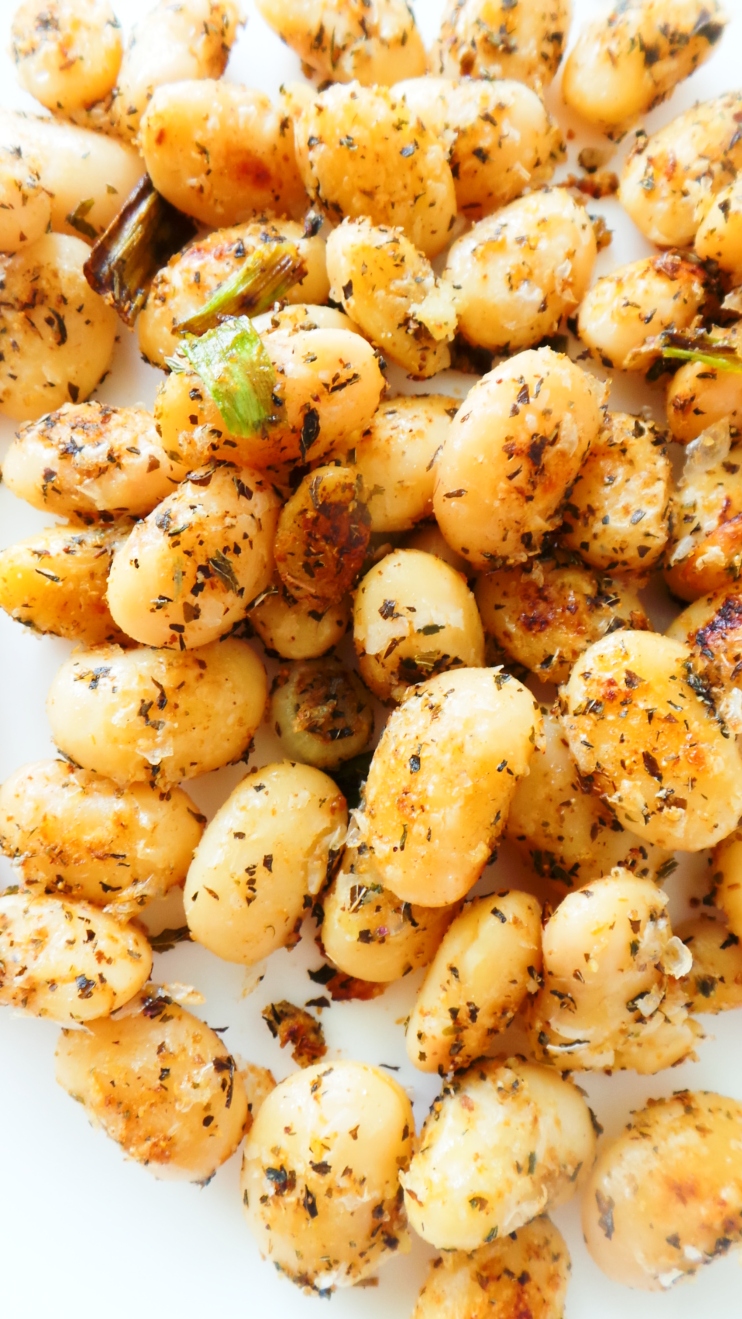 Look now you got distracted and forgot to chop 1/2 onion and to mince one garlic clove. I hate to be the responsible one here. So, please, chop chop.

Okay, before the cannellini, add the onion and the garlic to the pan, let that saute for 1-2 minutes. Then put in the cannellini and stir them.

Now it’s time for the really tough part! The spices. I decided to add dry mint, basil, coriander, and cumin because those seem to be my go-to herbs and spices right now.

Stir to cover each sad little white bean in herbs and spices and turn the heat off.

You can eat these white beans like this, or, orrr, you can decide to invest 10 minutes and make a small tomato cucumber salad and some tzatziki, which isn’t vegan, but if you are – I have a vegan recipe here. If you’re not, just mix some yogurt with chopped cucumber and garlic, add salt – ready! 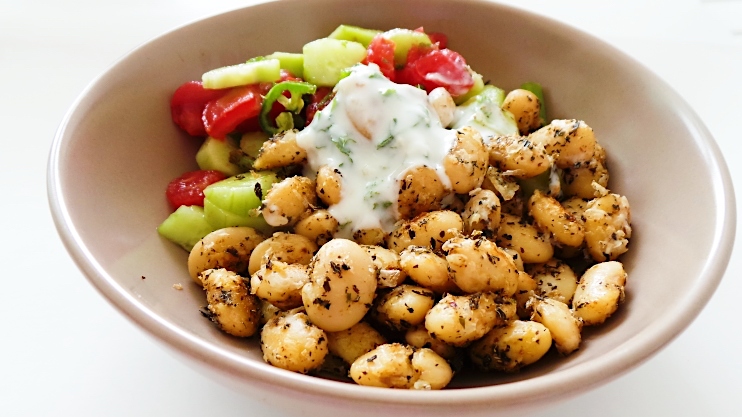 So, I don’t know, maybe there’ll be another person who ends up without anything to eat at home but a can of beans. This recipe’s for you. I have only love, respect and understanding for you.

I will be back on Thursday with a secret superfood list – I’ve been trying to write that post for I think a year and it’s about only 7 foods, so you can see I’m a productive human who can’t get distracted by anything. Hopefully, it’s done on Thursday.