Day three – an amazing vegan day. I was in the mood for a different smoothie – a sweet red one. Plus I didn’t have any spinach and cucumbers any more. In the winter it’s not that easy to find a good cucumber. Normally I don’t buy them organic, I just peel them. I can not bear the thought that a cucumber can cost more than a kilogram of lentils. Plus there is nothing organic about a cucumber in the winter. They’re all soft and on the verge of molding. Hmmm. Yuuum. That’s what fresh is all about – mold! And to avoid that I gave in. I reached to the bag of frozen berries in my freezer. I looove them. And I made this awesome smoothie. It was sweet, delicious and I didn’t crave a dessert all the day. I put in 2 oranges, frozen berries (a mixture), a banana and 2 cups of water. Juuust awesome.

I had this smoothie I think two more times during the day as a snack, whenever I needed something sweet.

Since the beginning of last week I’ve been dreaming of curry coconut lentils. Ooooooohhhh myyyyyyyy Gooooooood! This is definitely one of my favorite main dishes. And it’s vegan. And it’s gluten free. And it’s fresh. And there is broccoli in it. And all of the flavors combine sooooo beautifully.  And in this dark, cold, depressing winter – it’s just a ray of light. And I get warm feelings inside again (I don’t mean flatulence). Definitely. Definitely, one of my very very favorites. Everybody should try it. Look at it.

And here with rice.

I was pretty knocked out after the first serving, but I still wanted more. The beast inside of me was awake now.

Then I slapped myself and did not get a second serving. I have my rules and my pride and I won’t let a steaming delicious lentils curry ruin my mission.

So at 6pm, about 4 hours after having lunch, and 2 hours after another smoothie I went to the gym to a HIIT class and after 30 minutes of torture I was feeling so relieved and alive. We did some exercises for the butt, the legs, abs, but also for the back, neck and shoulders. Is it possible, that I don’t have any muscles on my shoulders and neck? I was shivering. I believe I’m in a pretty good shape, and all the other exercises were like nothing to me. But the ones for the back just killed me. I mean I thought that I have a posture worse than that of a turtle, but I thought it was only in my mind. I guess not. Also in my missing muscles. No wonder my neck hurts. There’s nothing there to keep it straight, aside from my poor spine. I’ll have to work more on that and hopefully I would be better in a month.

And then it was time for dinner. It was the same as the beauty snacks on day one, but without basil, as I didn’t have any. I ate five of those with some wasabi. Very light, fresh and pretty convincing as a dinner. I loved it. 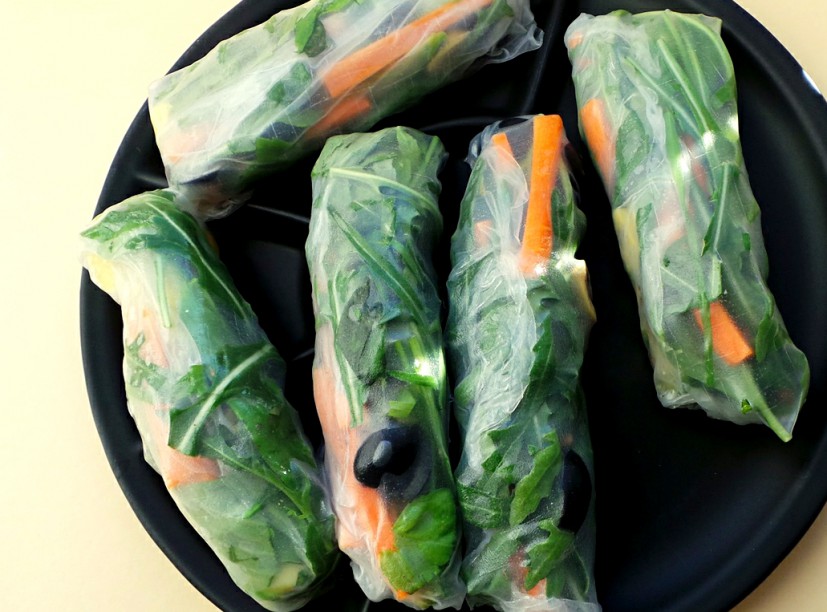 After 8pm again no food for me just water and tea, as I was feeling a little cold. And no Mindy either 🙁 Instead I was again playing with my smartphone. But it’s gotten somewhat better. To reduce using it so much I just turn off my WIFI and mobile internet and then I have nothing to do with it. It’s that easy. Ha. Who knew.

Waking up early is still a little tough. Especially when you go to sleep at 1 am and wake up every hour screaming from a nightmare you have because of all the criminal series you’ve watched last night.