Time for the second day summary. Same thing. I was not up very early and I was on my smartphone pretty often.

But I started the day in a good way. With a green smoothie and tea. I used the same ingredients for the smoothie like day one (spinach, cucumber, orange and water) but I added a banana as well. Now it tasted like apple and not watermelon.

Wow that’s a bad picture. And it’s already tuned. But how in the world am I supposed to take a good picture in this darkness. Day and night. It never really gets bright. Hello depresh. 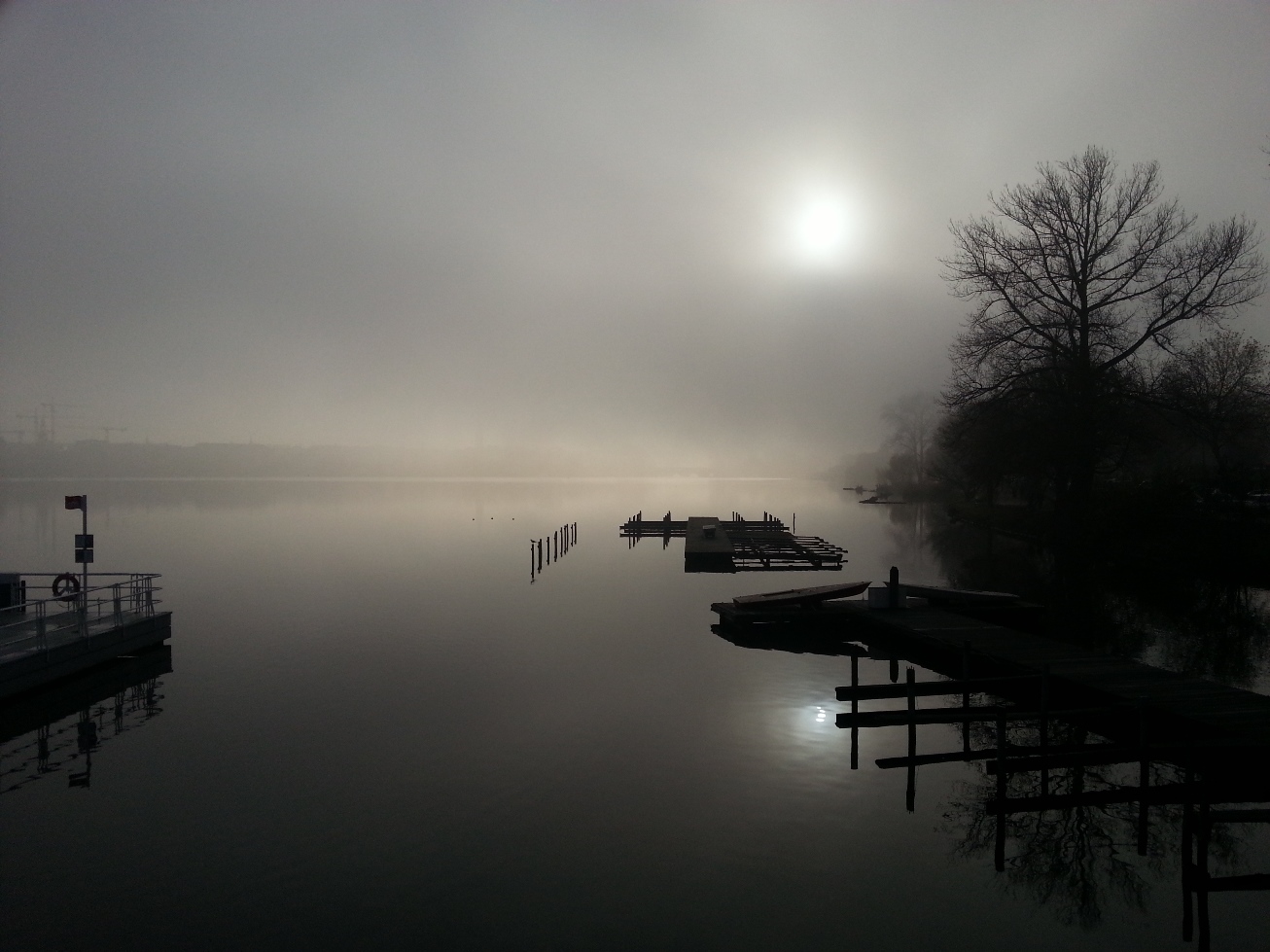 Although some depressed poet might even find beauty in these millions shades of grey. 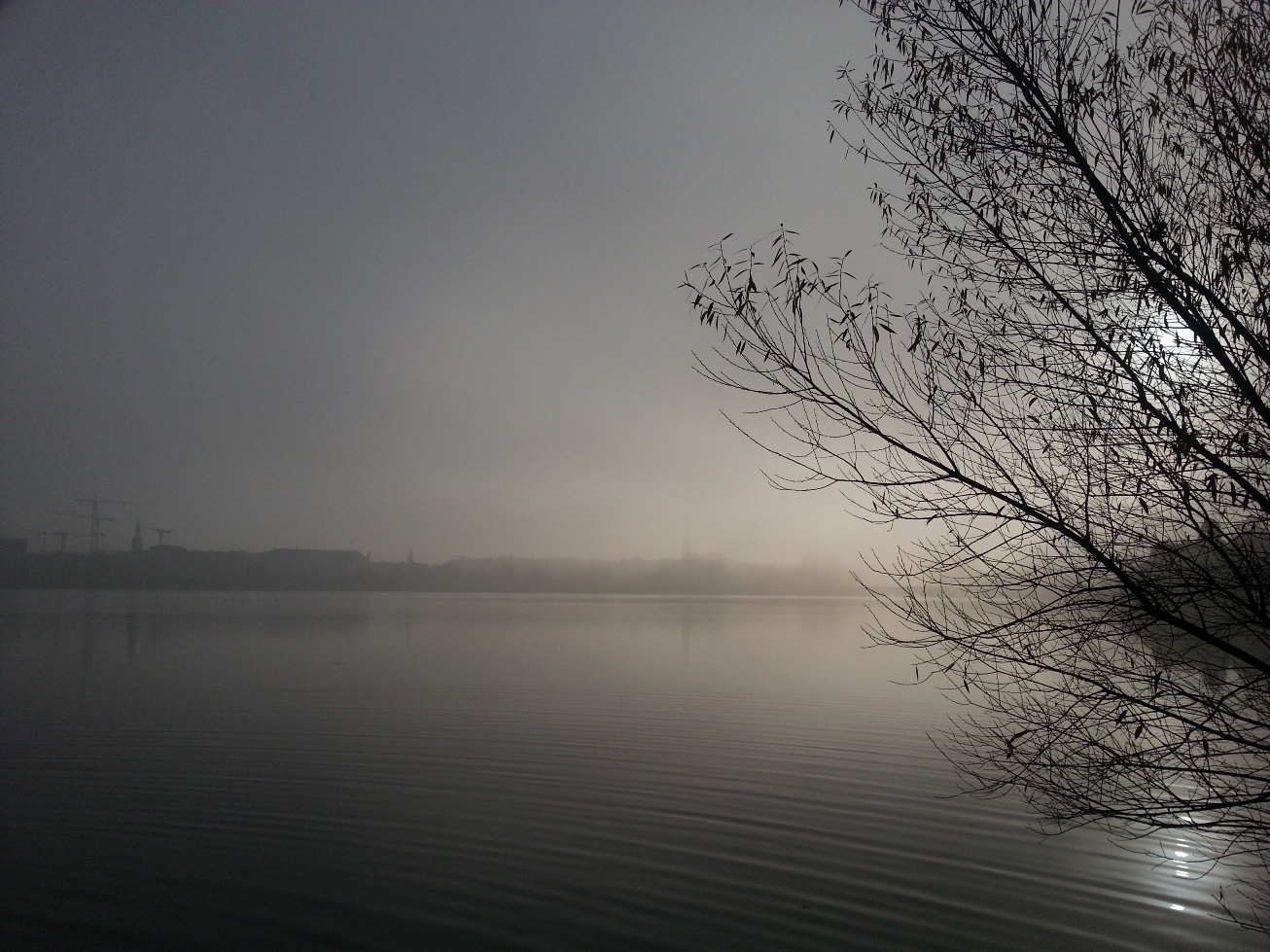 Aaaaauuuu! I feel like a she wolf when I look at these pics. By the way when I took them it was a day. And the small point in the sky is not the moon. It’s that hot ball we all go around called sun. 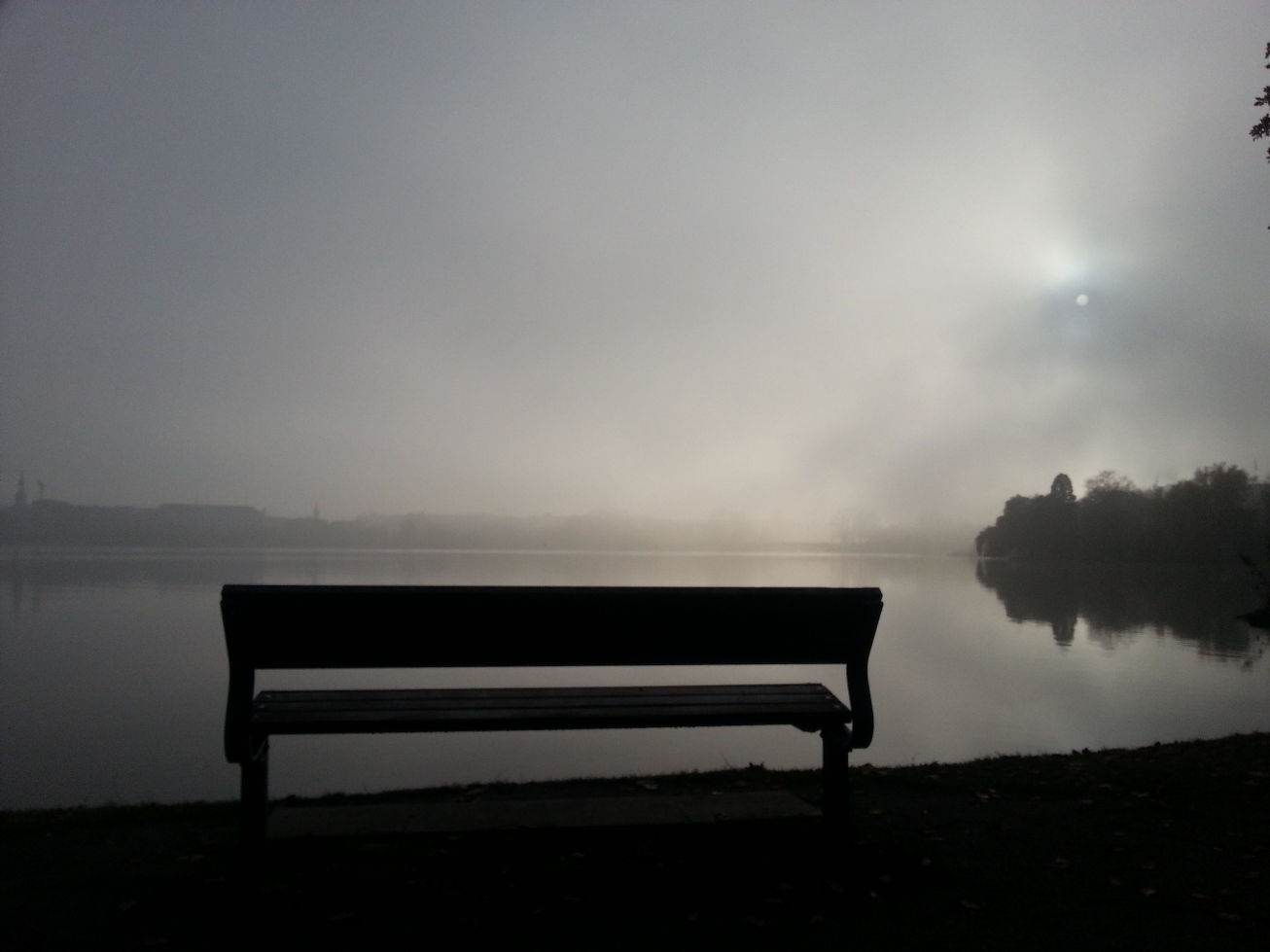 After this refreshing start in the grey morning I was craving something sweet and chocolate-y. So I decided to try the gluten free cottage cheese bean brownies I had made the day before. Hmmm yes, I’ve eaten better. Seriously. Those were not good. But since I didn’t have anything else with chocolate I had those with some tea.

For a hungry person on a diet they’re okay. But I’m not giving a recipe for those. Not L’Oreal material aka not worth it. I had them as a snack after lunch again and froze the rest of them for more desperate hungry days.

3 hours afterwards guess what – hungry again. I mean that’s what annoys me so much with this small portions thing – I’m hungry all the time and I feel like I’m making a walk to the fridge every five minutes. On the bright side (so somewhere where the sun is shining) – I’m not only eating less but thanks to the fridge walk, I also do some exercises. And plus I feel lighter and I don’t have stomach pains anymore, but seriously eating 6 small portions a day is one annoying habit. But I’ll stop whining and I’ll give it a chance. Like I gave these pizza bites made from millet a chance.

Those were surprisingly good and I had them with this salad – I love avocado and cucumber. But above all I love peppers. And olives. And rucola.

But wait!!! Not all, not all at all. Surprise surprise!

Cheese inside! Pizza without cheese is just like bean brownies WITH cottage cheese – NOT GOOD! So I used the one cheese that I had in my freezer – gorgonzola. I hid it inside the bites and then pretended I was surprised it was inside and clapped with my hands like a little kid. Okay I didn’t do that, but if someone else had made them or if I just had a very short memory and I knew nothing about the cheese inside I would’ve totally been surprised and thankful and would’ve clapped.

And that was lunch. Then I had again some of the cheese brownie and dinner was same as lunch.

This makes 5 portions and I was ready with eating at 7 pm. Then I did some exercises – again one of Diane Berry’s videos – Clubland Work it Out. It was pretty exhausting and made me feel good about myself while watching 5 episodes of The Mindy Project in a row.  Love that show. After How I Met Your Mother ended somehow I couldn’t find a good TV show to waste my life with. I was really sad for a while. And then BAM! When I least expected it, I found Mindy and my life is full of excitement again.