Today I’m sharing my easy banana oatmeal recipe that quite honestly I’m addicted to at the moment. This oatmeal is made with caramelized bananas (or one banana) and coconut cream and it’s super delicious – a quick and easy breakfast idea for the cold months. 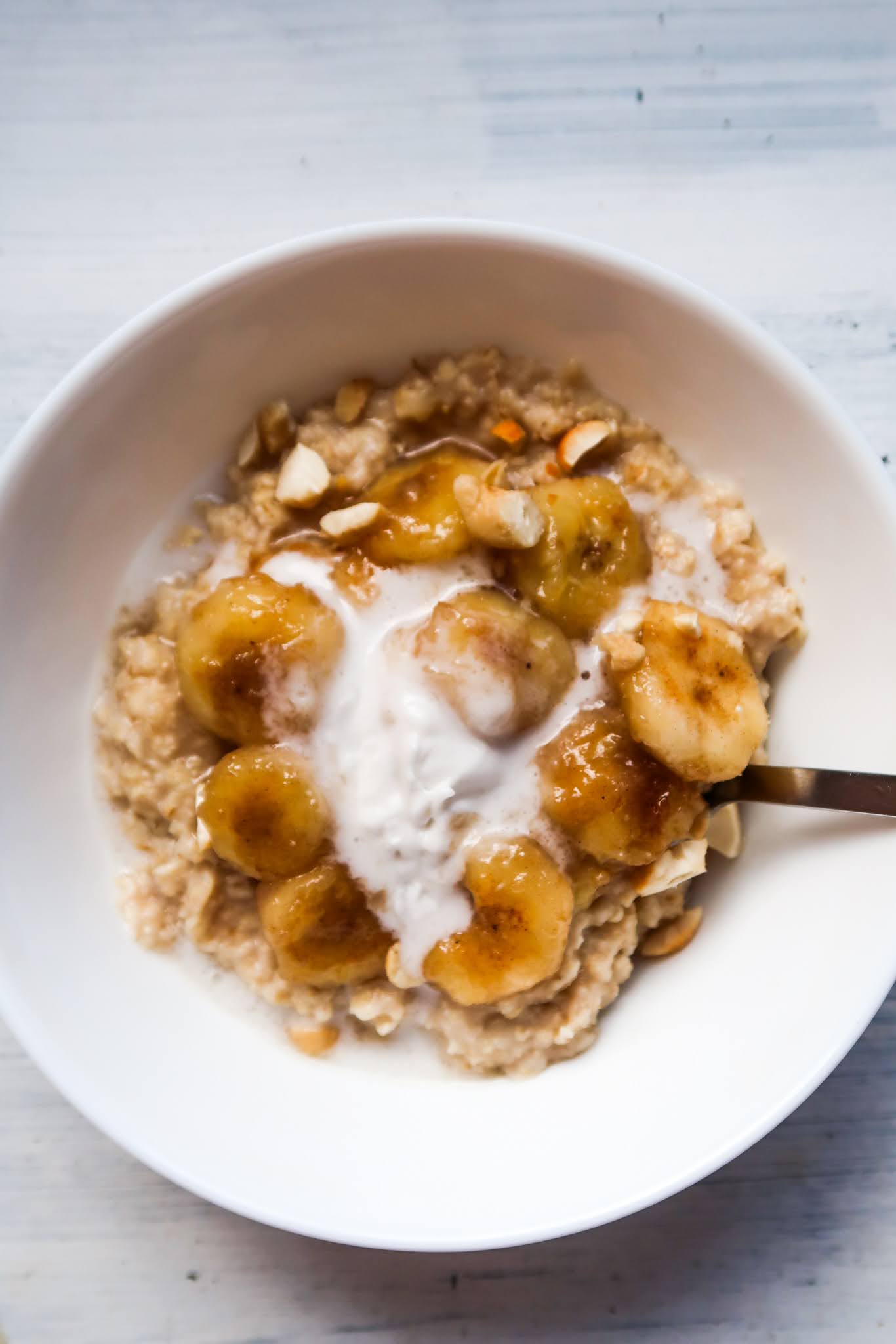 So this recipe is actually like dessert and I eat it whenever I crave something sweet, not necessarily for breakfast. Because, I’ve been skipping breakfast lately and because the last thing I want to eat for breakfast is oatmeal. Someone take my extra teeth. I don’t need them to eat that mush. 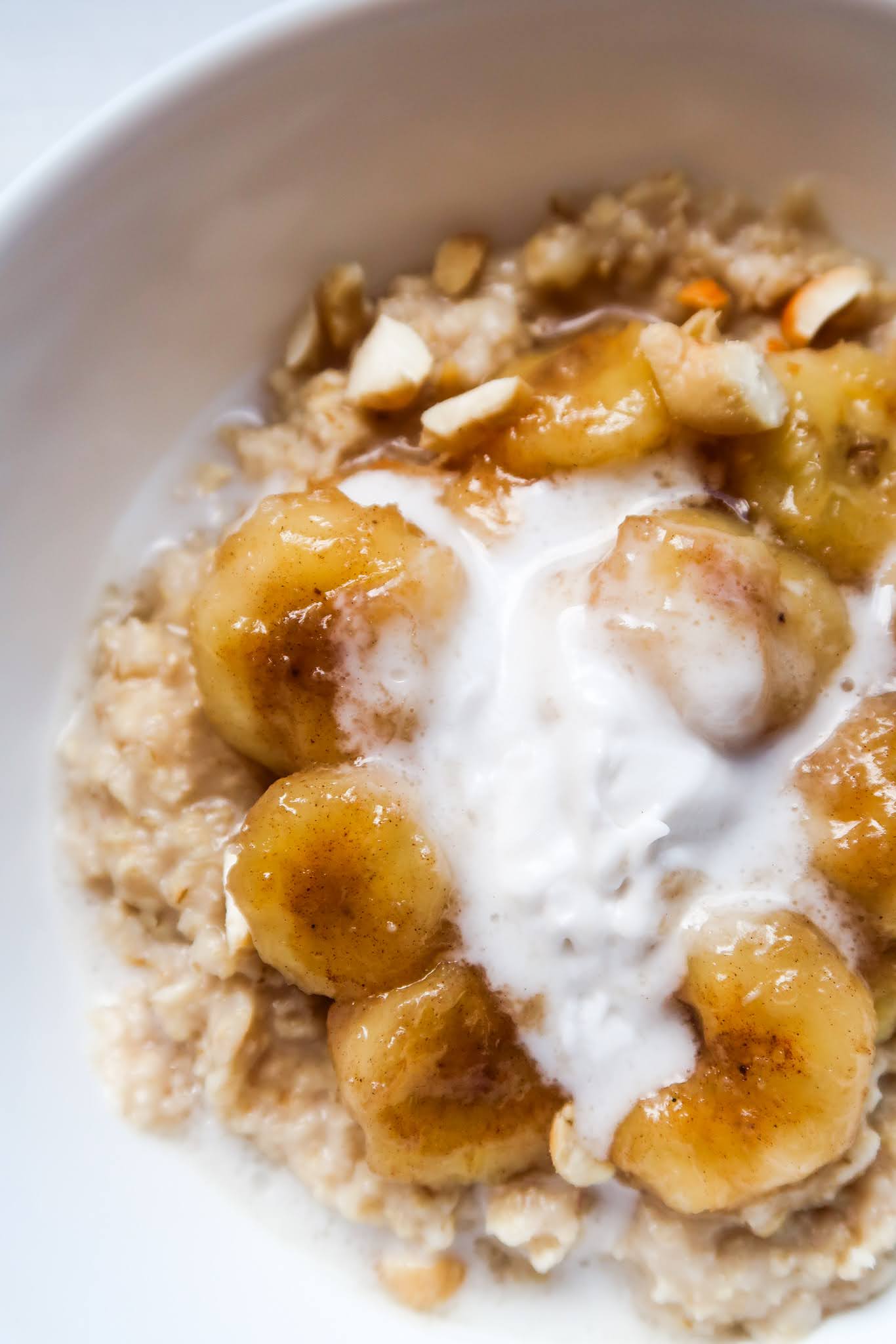 But this one, it’s incredible. I think the magic word is “caramelized”. Whether it’s a banana or an onion, who cares – it’s with caramel, put it on those oats to make them feel less plain and like they’re actually a part of something bigger and better. I also added some coconut cream, which is that solid part found in coconut milk cans. I found out later I shouldn’t touch coconut milk even with gloves, but hey the damage is done. It was delicious. I think I mentioned that. 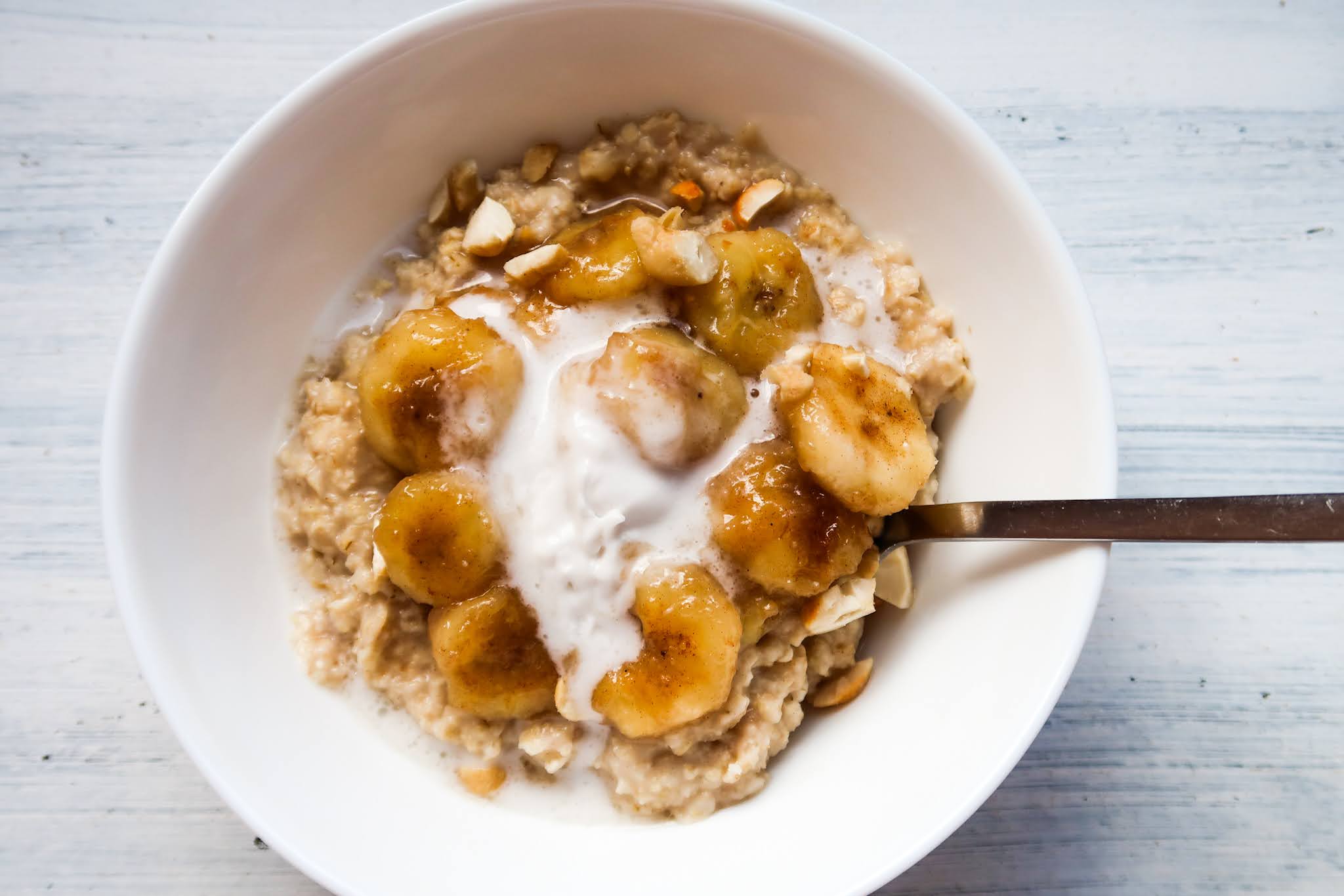 The “method” I used for this study is pretty simple and today you get to enjoy some step by step images that I took by screenshotting the video I made. Innovative, talented, pretty and humble, now you know me. You don’t need to read the about me page on this blog.

How To Make Banana Oatmeal With Caramelized Banana 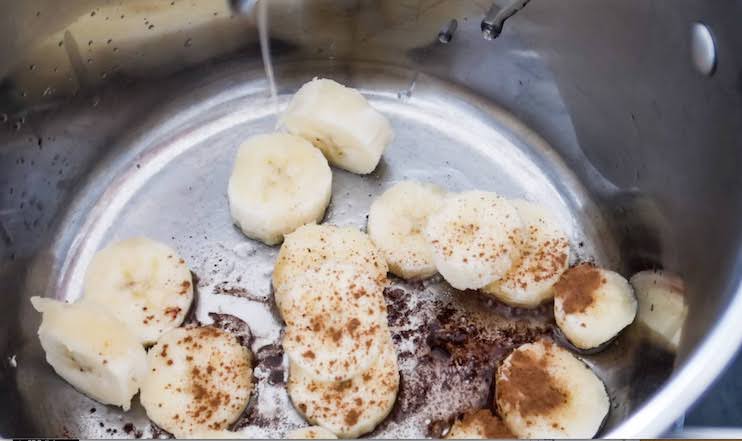 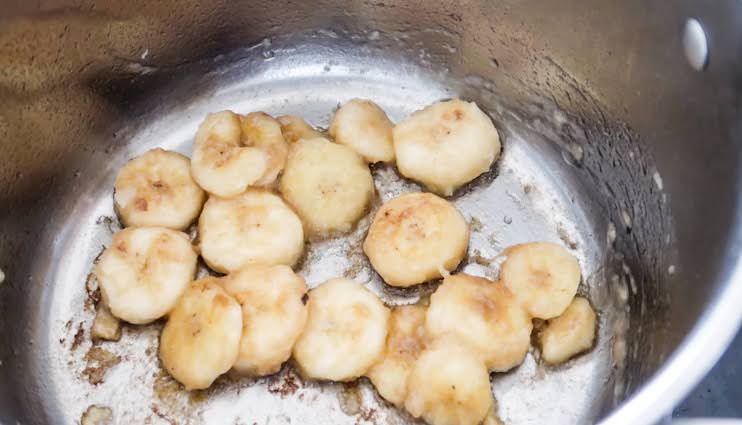 The first thing you need to do is slice that banana as if you don’t want it to exist in this world anymore. As if that wasn’t enough torture, add it to a cooking pot with some coconut oil, vanilla, salt and cinnamon. Yes, I started adding a little bit of salt to sweet things and I feel pretentious, but I also love it. Mix mix mix.

Then transfer to a small bowl, you don’t need a big bowl – the bananas will feel too lonely, scared and insecure in there and will want to escape. Let them feel cozy as if they’re in Denmark. To achieve this effect you’ll also need to make your room a little bit darker. 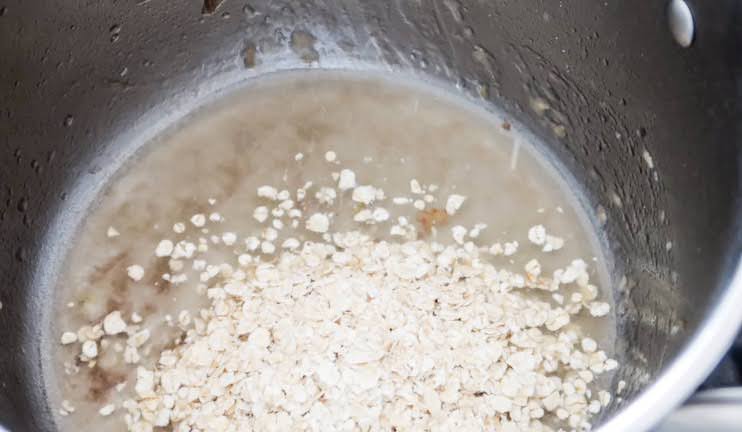 Now that the bananas are dreaming of their next beach vacation 6 months from now, you get to make the oatmeal using the same pot because you don’t like cleaning up. Add some water or if you’re very rich and famous milk (any type) to that pot, then the oats and stir. Add more water/milk if needed as you go. 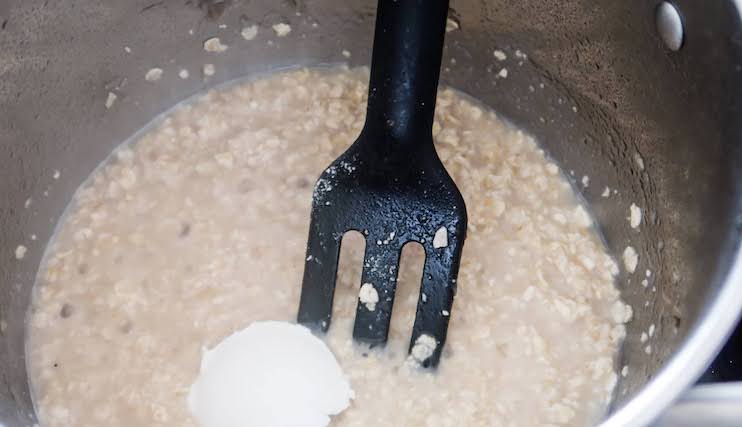 If you’re not using milk – stir in the coconut cream and cook for a few more minutes. 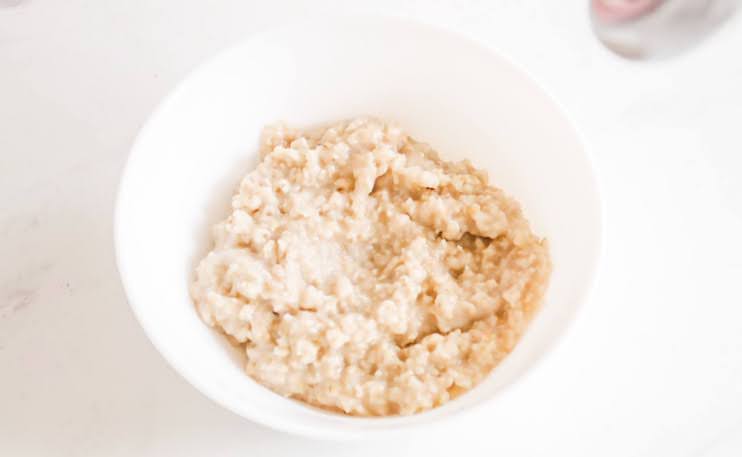 Put the oatmeal to a bowl. 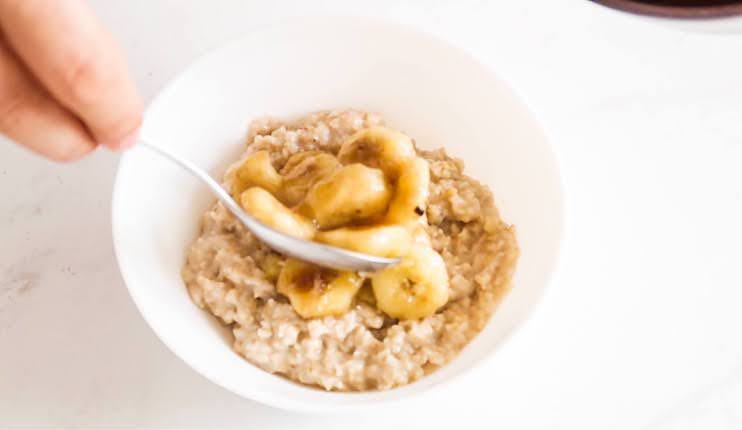 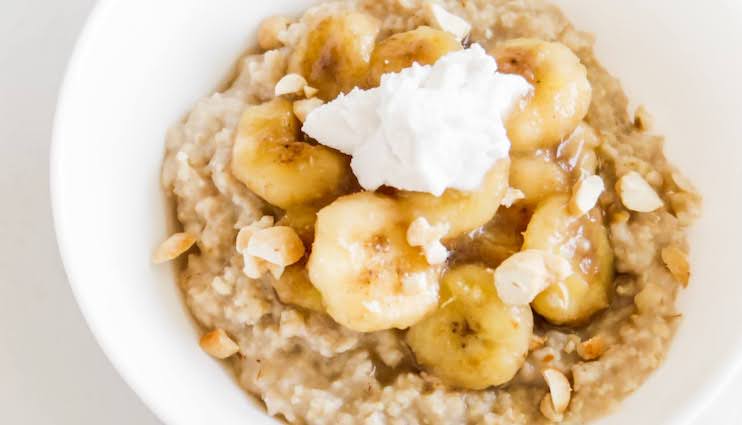 Then top with the banana and add some chopped nuts if you want something crunchy and some more coconut cream if you’re feeling like chemicals that day. JK. Remember when I thought coconut milk was better than probiotic yogurt? Wonder who brainwashed me. 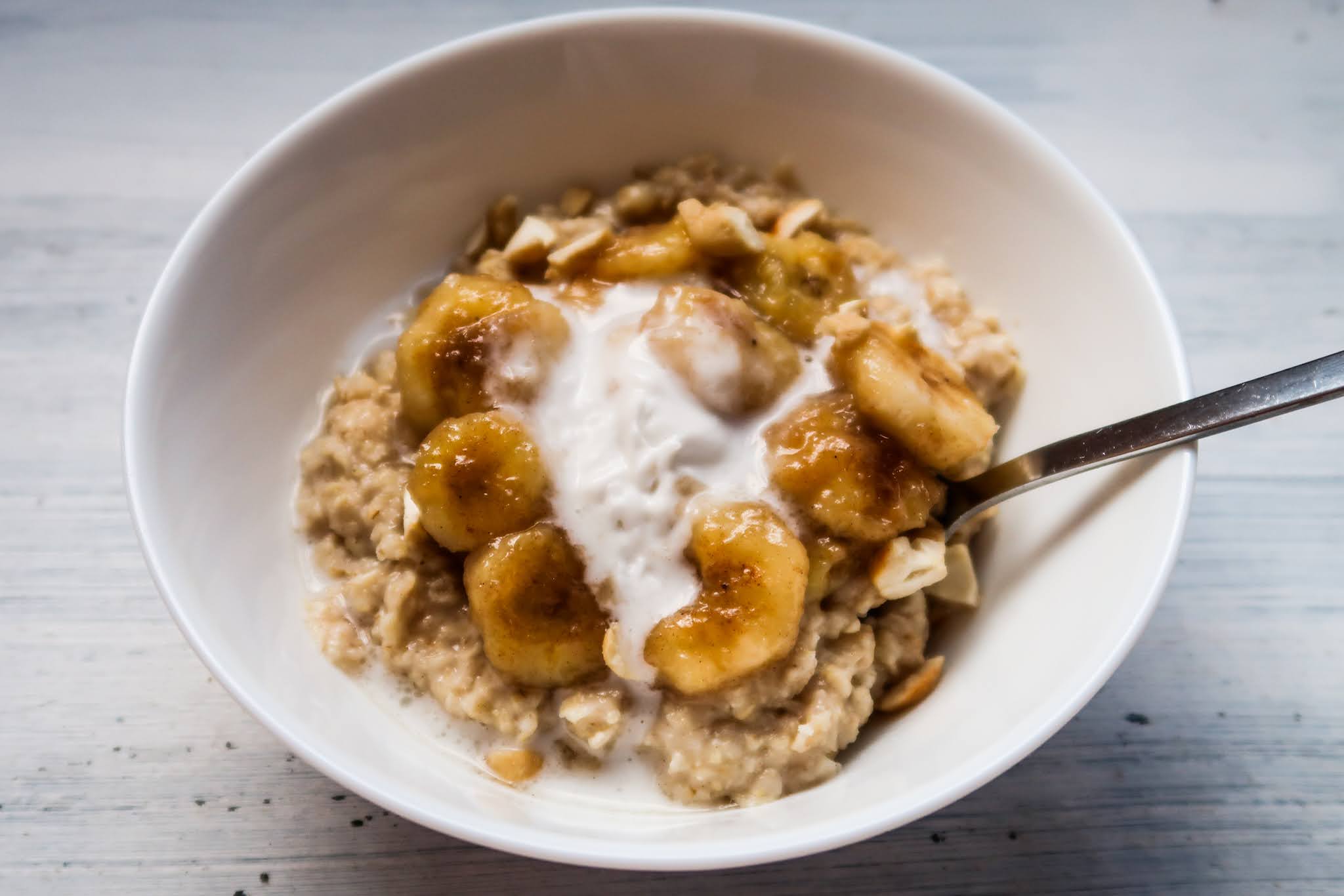 Nevertheless, this is delicious, it’s healthy (let’s ignore my lifelong ignorance about coconut milk) and also it’s gonna be ready in 10 minutes. I hope you enjoy it!