Got some canned chickpeas? You need to make these easy spinach chickpea cakes – they’re so delicious and ready in no time! This healthy chickpea recipe is great for lunch or dinner with some salad and hummus or for a snack! 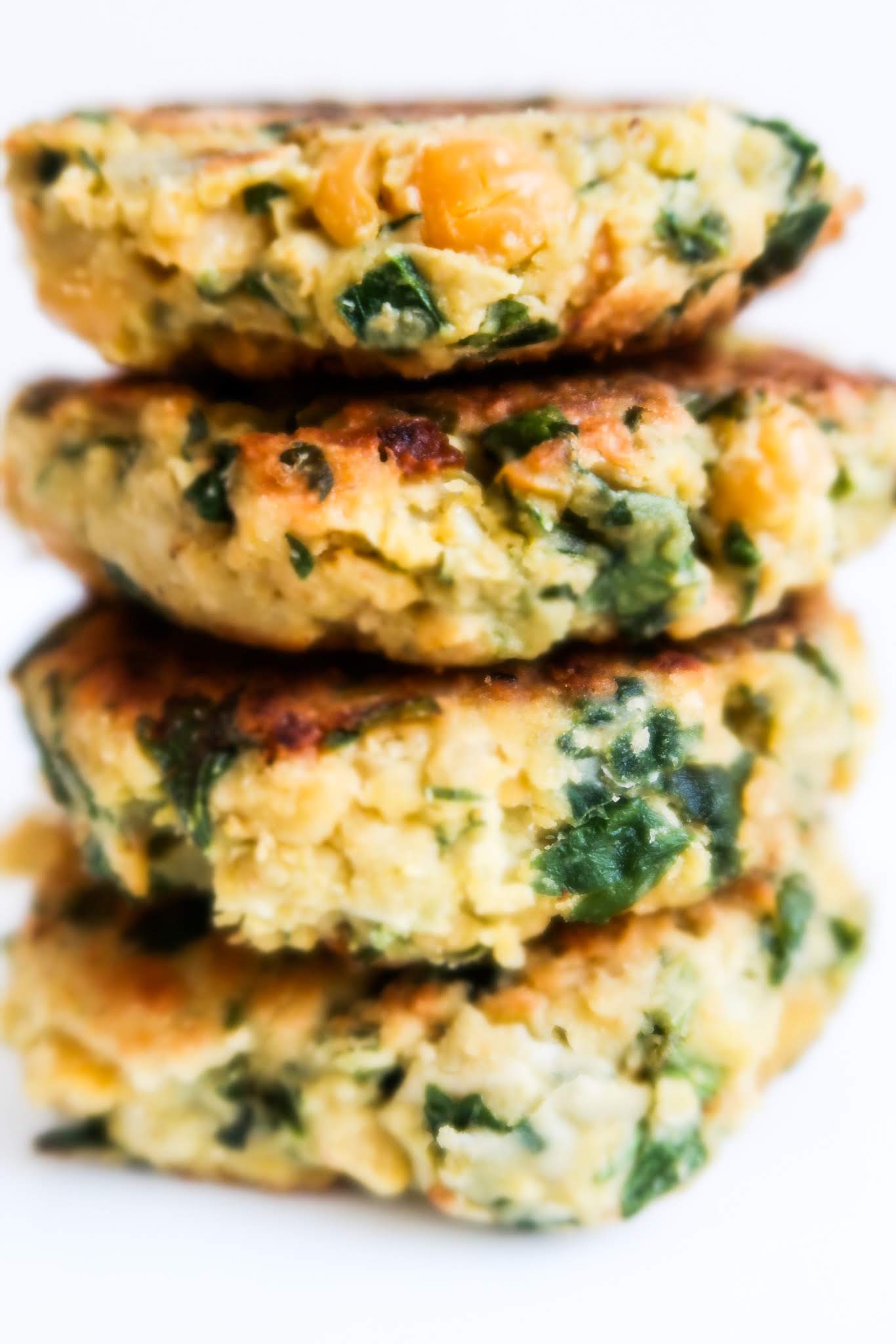 I guess it’s a surprise to really nobody, that the one thing I filled my house with last month was paranoia and canned chickpeas. Well, not canned, the ones I got were in a jar. Not just the pantry, I’ve got some in the closet too. Not skeletons, chickpeas. Some under the bed too. And behind the toilet. Chickpeas everywhere.

How To Make Spinach Chickpea Cakes

I am not an inventor who knows how to make whipped cream out of chickpea’s sweat, so I took a more obvious path with my chickpeas. I made them into patties. Burgers, chickpea cakes, non-authentic falafels that people would spit on me if I call them that.

So, I rinsed and drained those chickpeas, which after watching that video I know is a rookie mistake…I could’ve used that snotty water to make myself some whipped cream.

I have to warn you, this next step seems pretty violent, but it really is okay. In the next scene, you take out a fork or a masher and mash the soul out of those chickpeas until you get a thick and chunky mix. It’s okay, because once rinsed and drained, canned chickpeas don’t feel a thing. You could also use a food processor, if you’re a sensitive soul and want to get it over with quickly.

Next, you chop up some vegetables, you grate a lonely carrot, throw some magical dust or spices if you don’t have dust, crack an egg and your fingers and then mix everything together. Mix, mix, mix and never, ever give up. You’re a machine. A food processor. Keep this in mind, while you’re mixing and your arm feels like it’s gonna fall off, because that’s the most exercise you’ve done in two weeks.

You’ll get a chunky delicious mixture, which you will want to eat, but I recommend you resist that urge, because Salmonella is still out there waiting for us to make a mistake and shake things up our digestive tract.

Then use your hands to form the patties and cook them in a non-stick pan with some oil on both sides until golden-brown. Then eat. 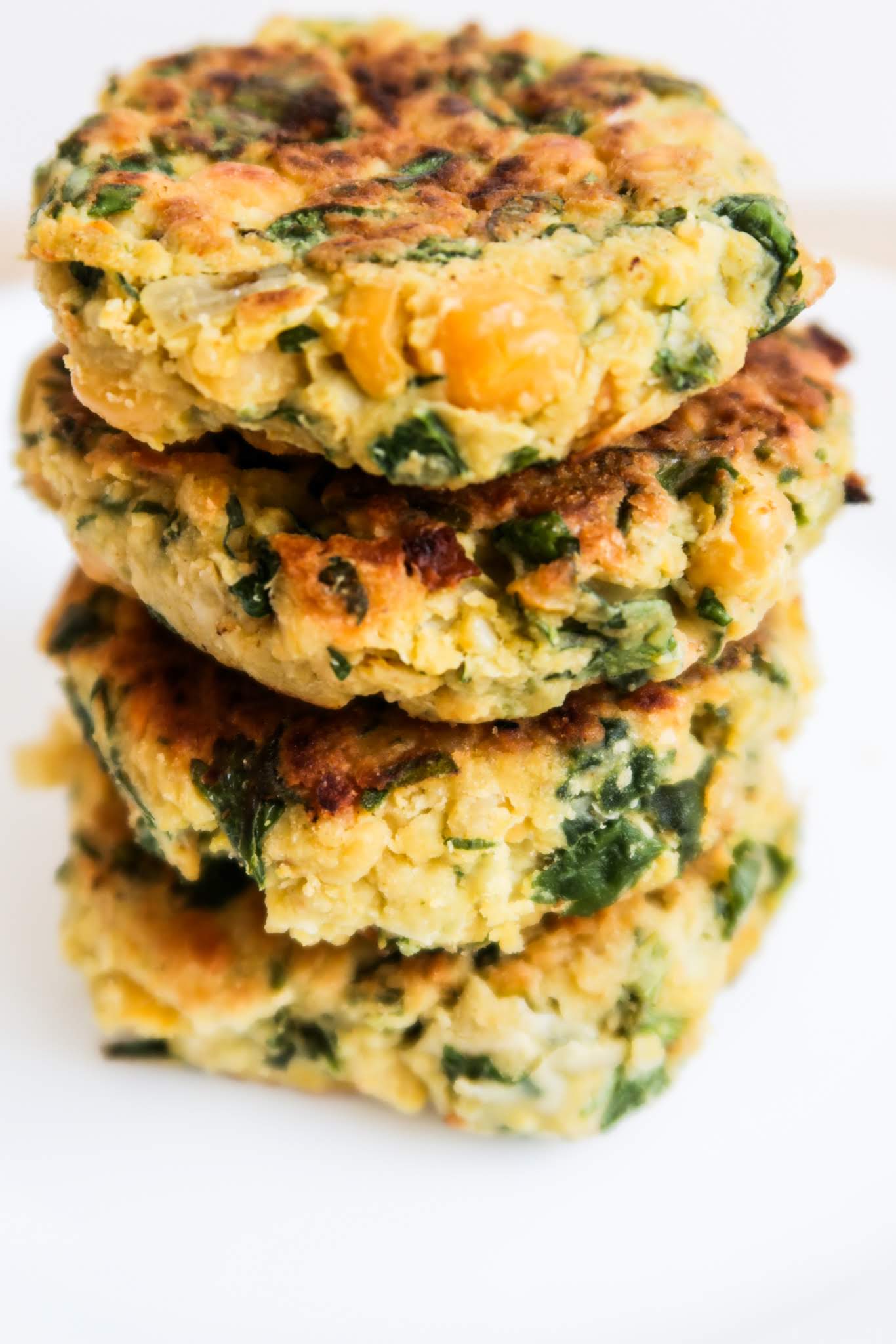 If I were to meal prep these, I would double the recipe as they were enough for 2 hungry people for two days. No more. You want a chickpea spinach cake on day 3 – you’re left with memories. Yum, I’m gonna have a memory for lunch today. What are you going to order in the fancy restaurant called home?

Look at these pictures, you know why the chickpea patties look like they’ve seen better days? It’s because they have. It was the day before. Yes, honestly, these were best the first day. After that, they, like many other things that aren’t diamonds lose their charm and get dense and cold. If that happens – heat them up in the oven and they’re great again.

A friend of mine told me her mom always made uncooked falafels and froze them, I wonder whether these would work as well. Why not, right? What a fun TED talk, should definitely put it on my list. 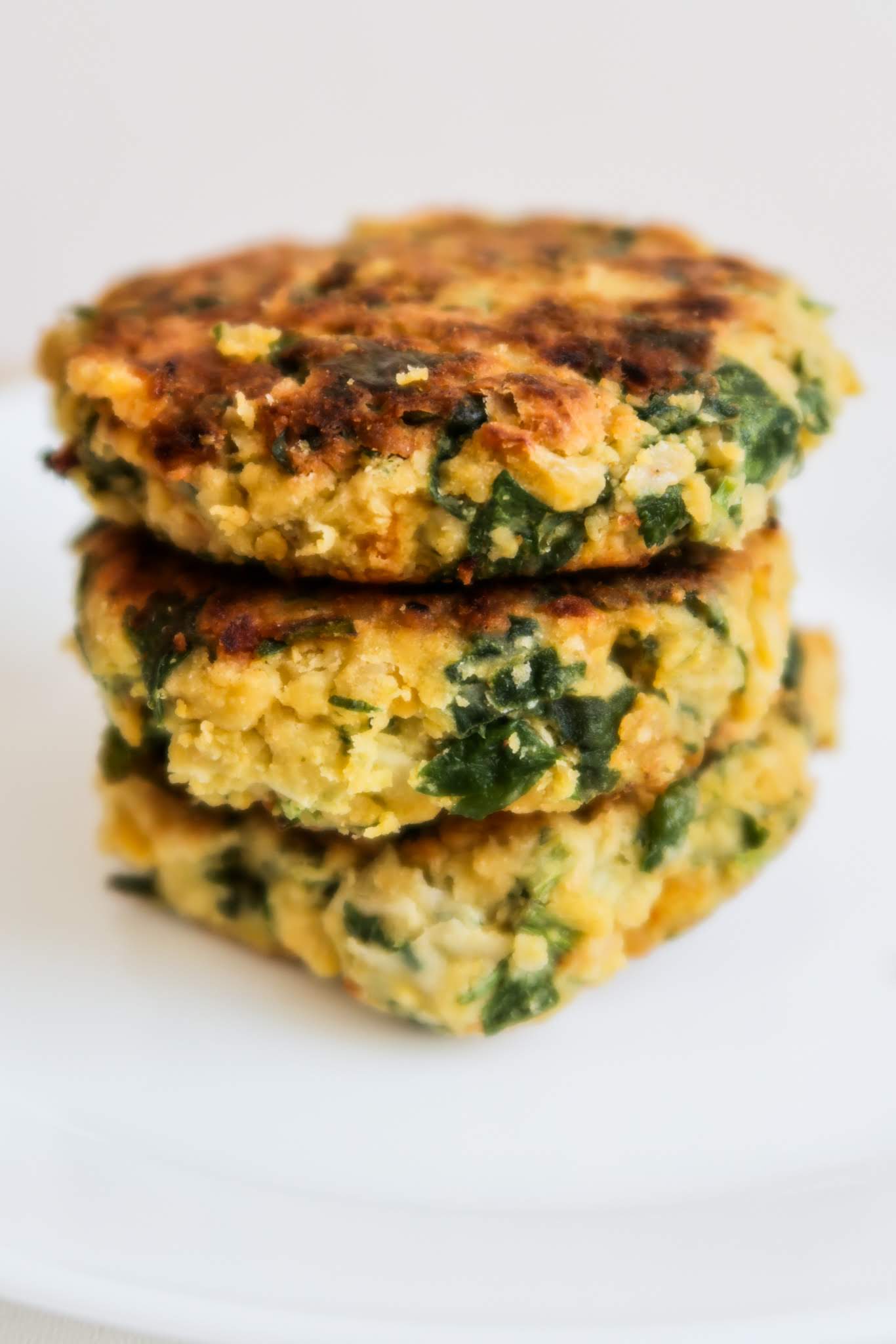 Bonus tip: It’s a well-known fact that chickpea cakes are pretty social. They like to mix and mingle, walk around and don’t respect other’s boundaries, which as we know, is currently frowned upon. Therefore, be quick. Catch them when they least expect it, put them in an airtight container and get them to the fridge. They get less active when they’re cold.