Mini apple crumble pies with no sugar and no flour! Sounds mouth-watering…but it actually really is. 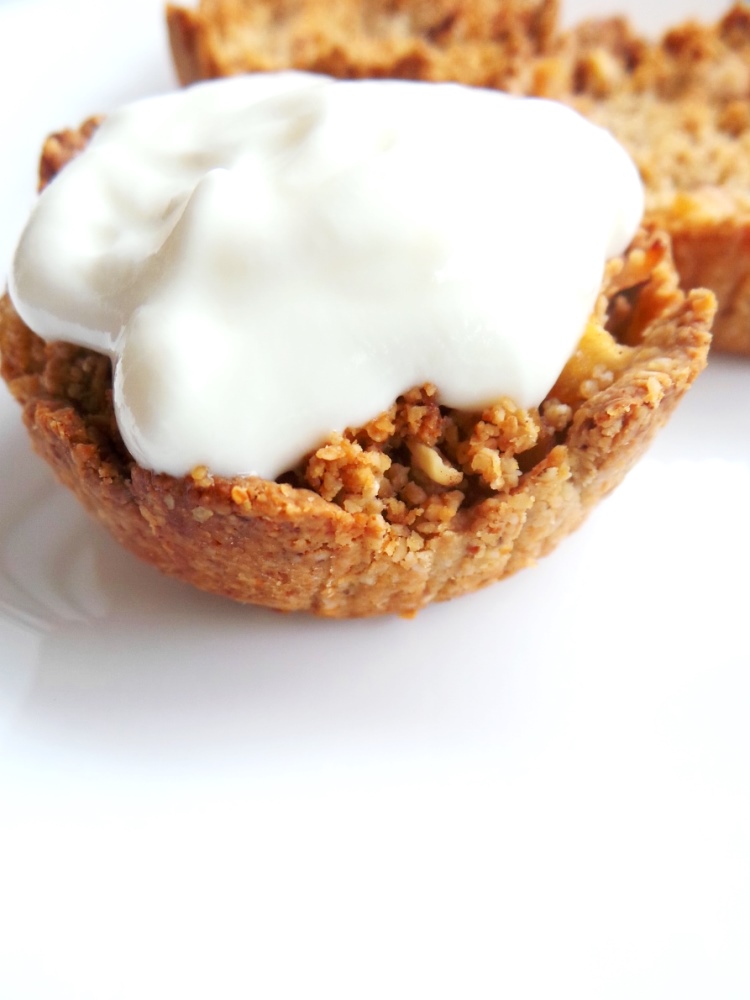 And this time I made these adorable healthy, high-fiber apple crumble mini pies. 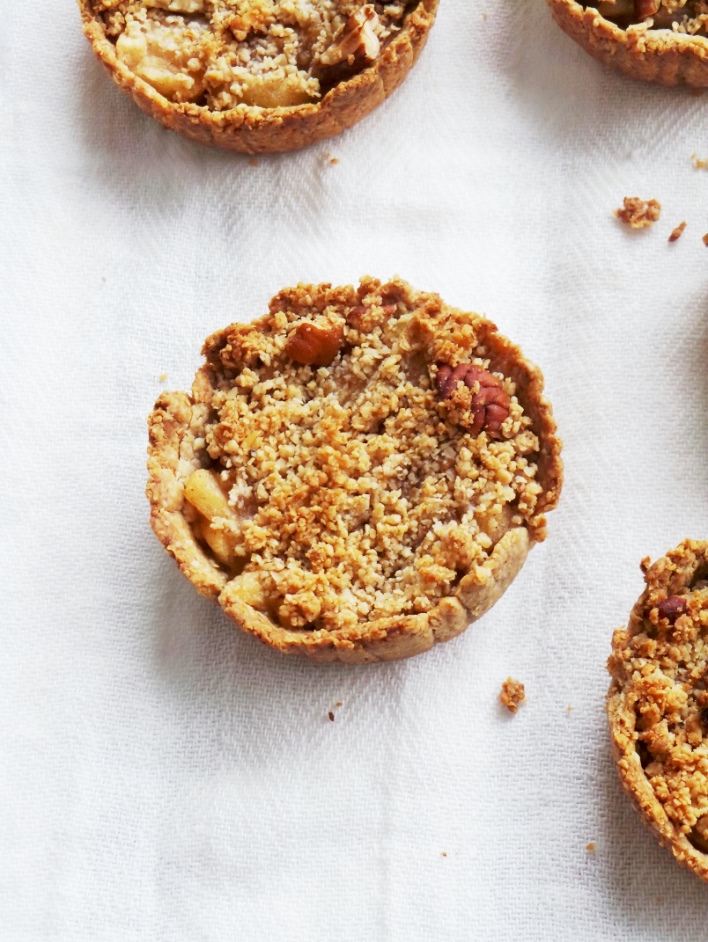 Gone are the days when everything I baked tasted like old stinky socks.

The pictures don’t show it, because it was late when I took them so I didn’t have much natural light, but these apple crumble cups are sooo delicious, oh my goodness.

I want to make these apple crumble cups every single day for the rest of my LIFE. 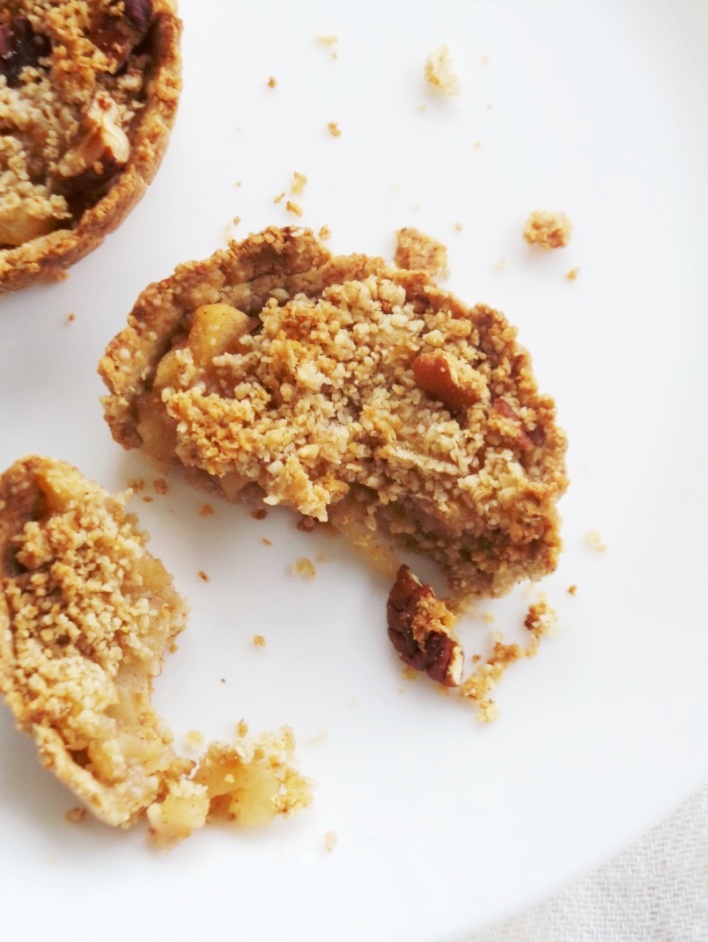 And if I had one hour for that daily – trust me I would do it.

And I would feel good about it, because aside from tasting absolutely divine, these are super healthy.

There’s not even one ingredient that is bad for you or too fancy for me.

All just whole foods (aside from coconut oil) we all have at home. 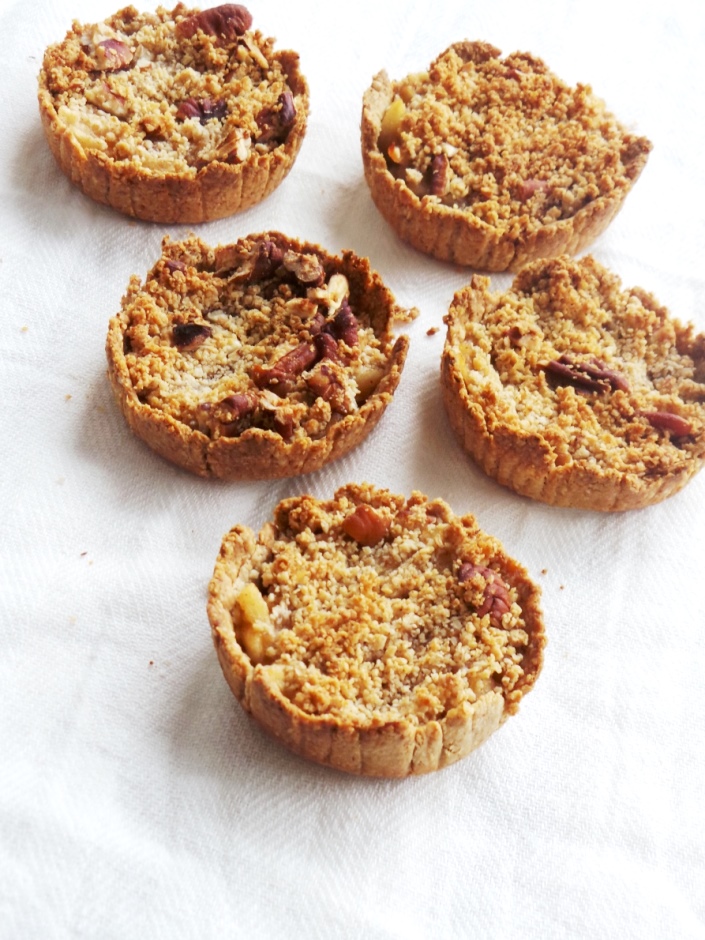 How did these apple crumble pies get so healthy?

For these apple crumble mini pies I used: 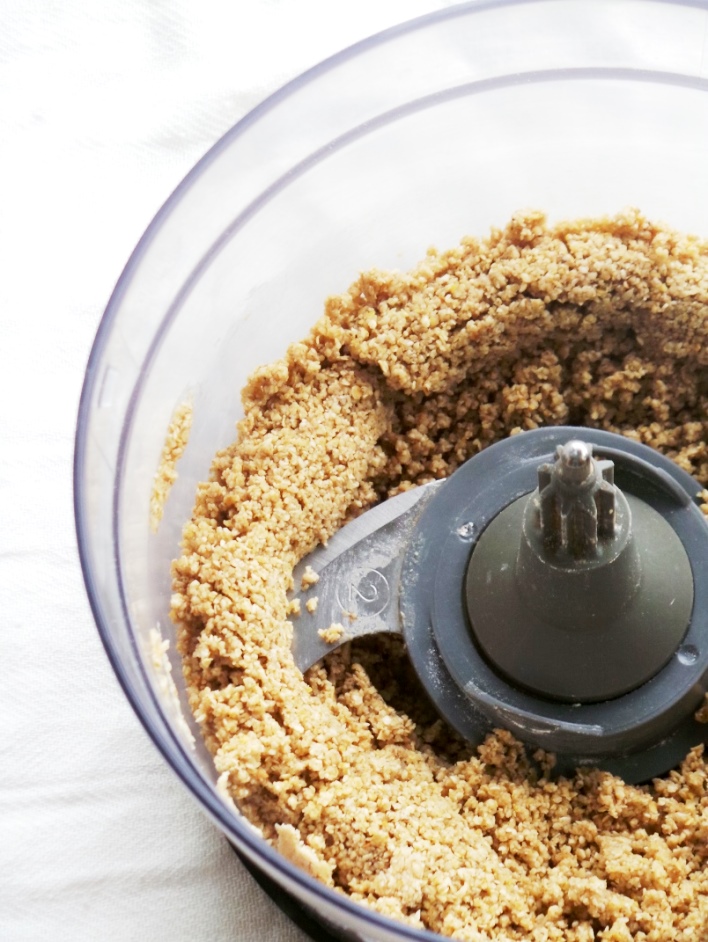 Add a few more healthy ingredients, put everything in the oven, take it out and start a new life in a little place called taste bud heaven.

And yet this is a dessert I never thought I’d make. 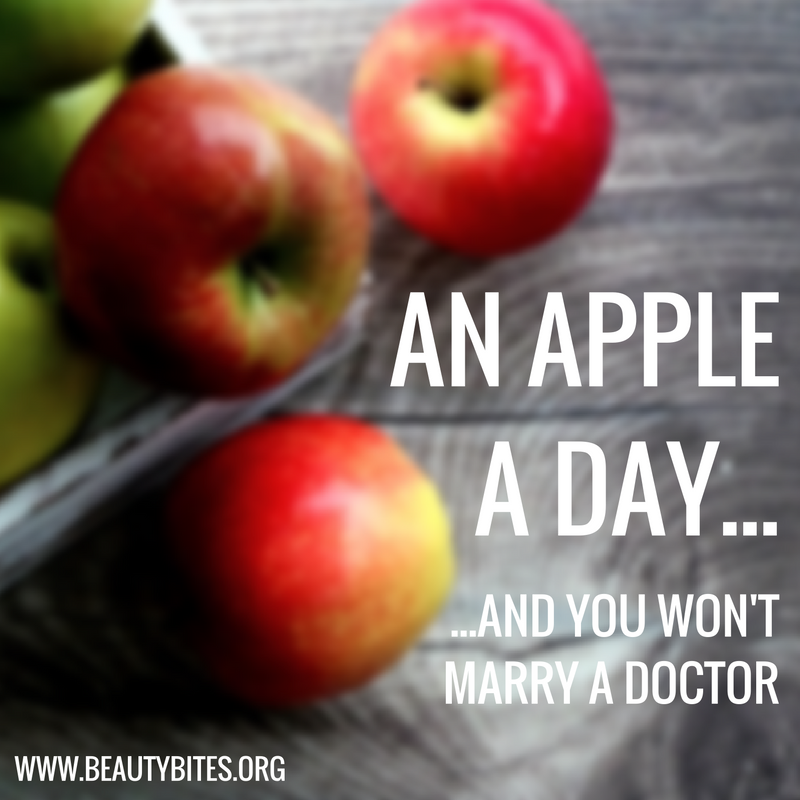 Apples have bad reputation, you know?

What do all these real stories tell us: 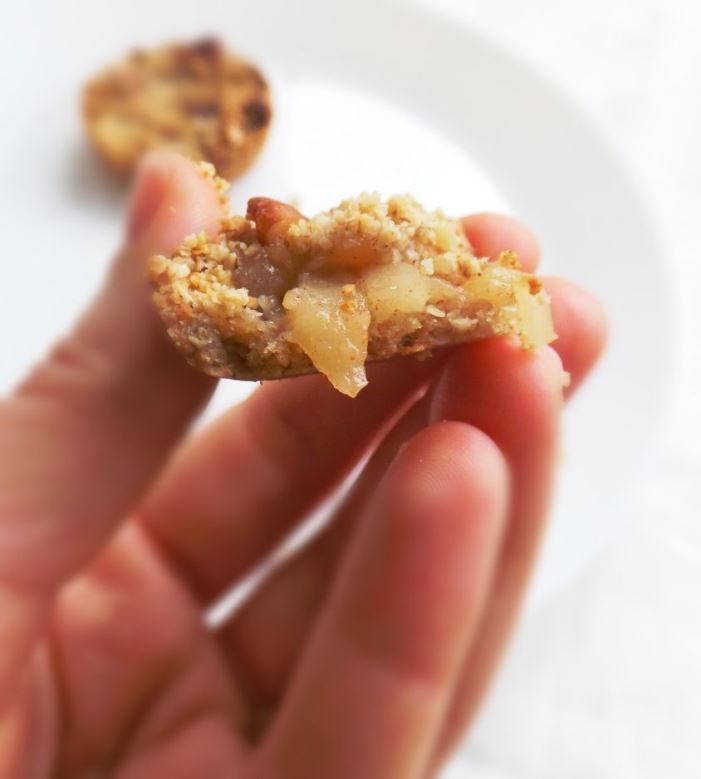 However, one bite of these yummy apple crumble mini pies and I forgot all these horrifying facts. I also forgot about my apple allergy (which is a real thing – but only for raw apples).

The one thing that put me in a little bit of pain while making these apple crumble cups was spreading that dough in the muffin forms.
That took a while.Totally worth it, but just a little heads up!
You’ll need some radio on, patience and time. You can also try making the crumbles in a small springform cake tin – this will definitely save you some time. This way you will have one small crumble pie and not 9 adorable apple crumble mini pies.
I liked the idea of mini pies as they are the perfect portion size, have no chance of falling apart and look cute. In case you use the springform cake tin for this recipe, you might need a little more filling, but a 3rd apple should do it. 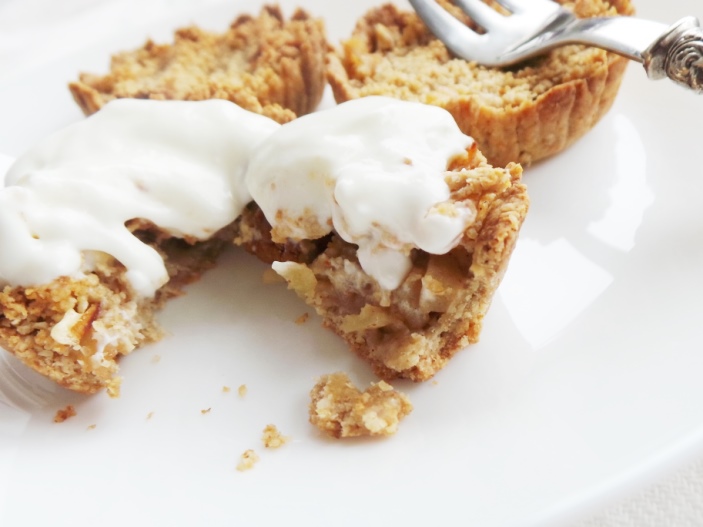 The only “special” ingredient you might not have at home for this recipe is oat flour, but you can easily make it yourself.

I tried this with my mom’s 30-year old coffee grinder and it works perfectly – you can grind nuts, oats, everything in it – place, pulse and ready.

It’s important to use sweet apples for this crumble, since we’re only using 1 Tbsp honey or maple syrup if you’re vegan.

*To make vegan use maple syrup or agave instead of honey

PS: I used a very similar crust for these mini cheesecakes with cottage cheese if you want to check them out.

This apple crumble smells incredible, but please be careful when you make it to not bite into it while it’s still super hot! Guess who did that?