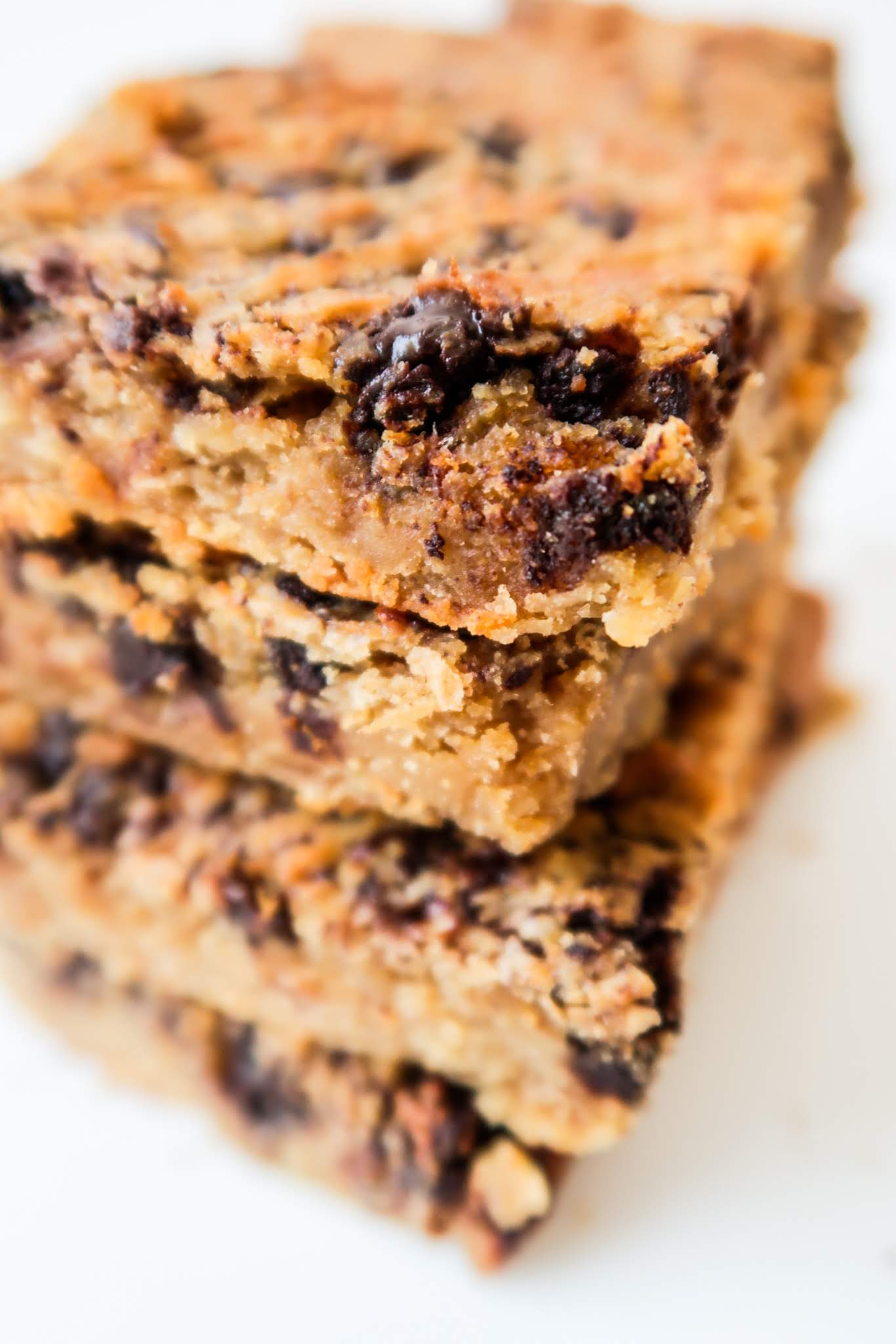 You know how there are tons of recipes out there about bean brownies, chickpea blondies and lentil gingers? I always looked at those and went “Naaaah, I’m good”.

Except for one time years ago, when I was in that stage of experimenting and made bean brownies and brought them to work and to my neighbor.

“They’re so delicious. What is that spice you used? It’s so unique”…She asked naively, never suspecting in her 80-year long life that you can put some sugar on beans and turn them into a chocolate dessert.

“Oh, not much. Just some spit and beans”. I replied humbly as if I didn’t know for a fact I had baked the best thing in the universe. 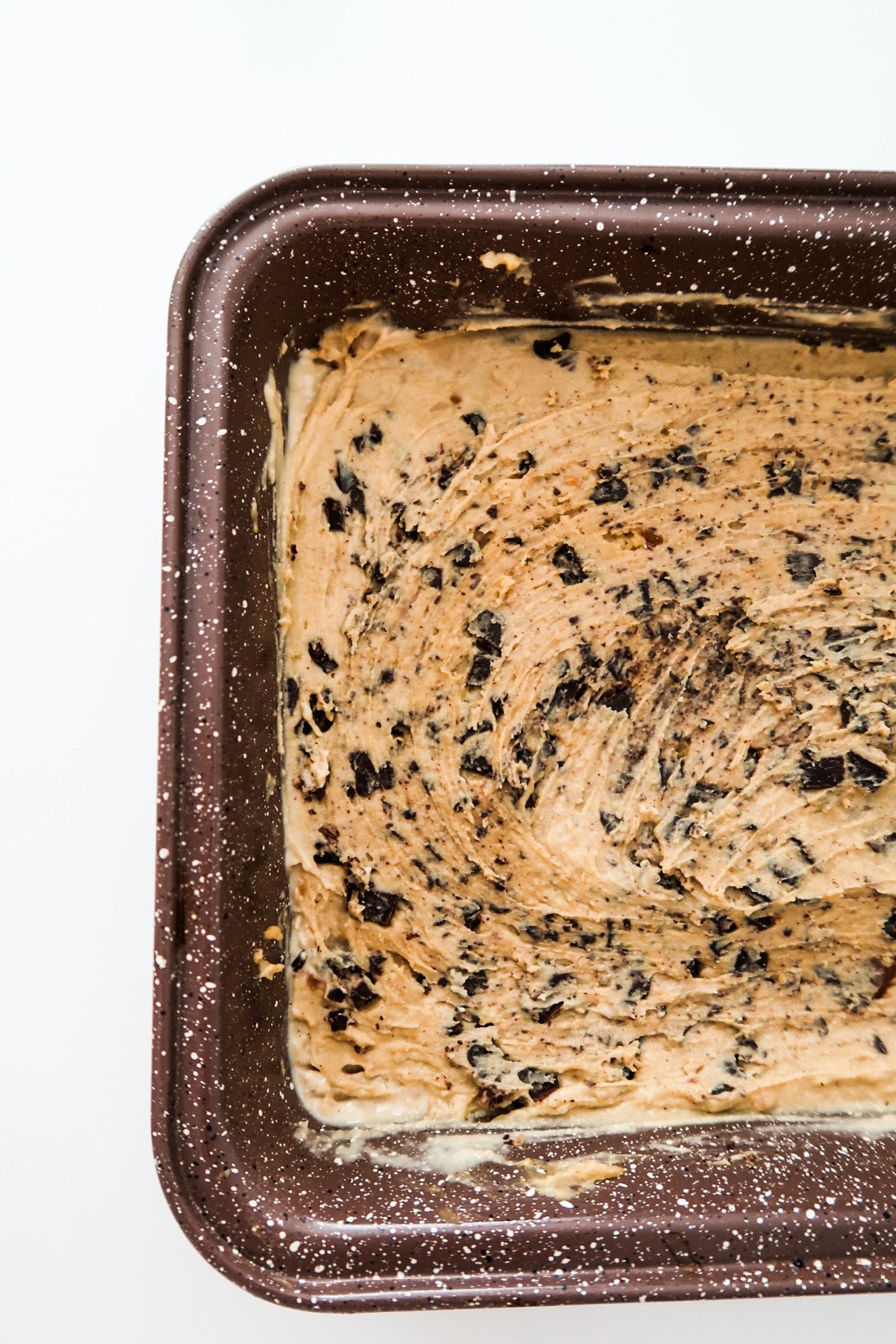 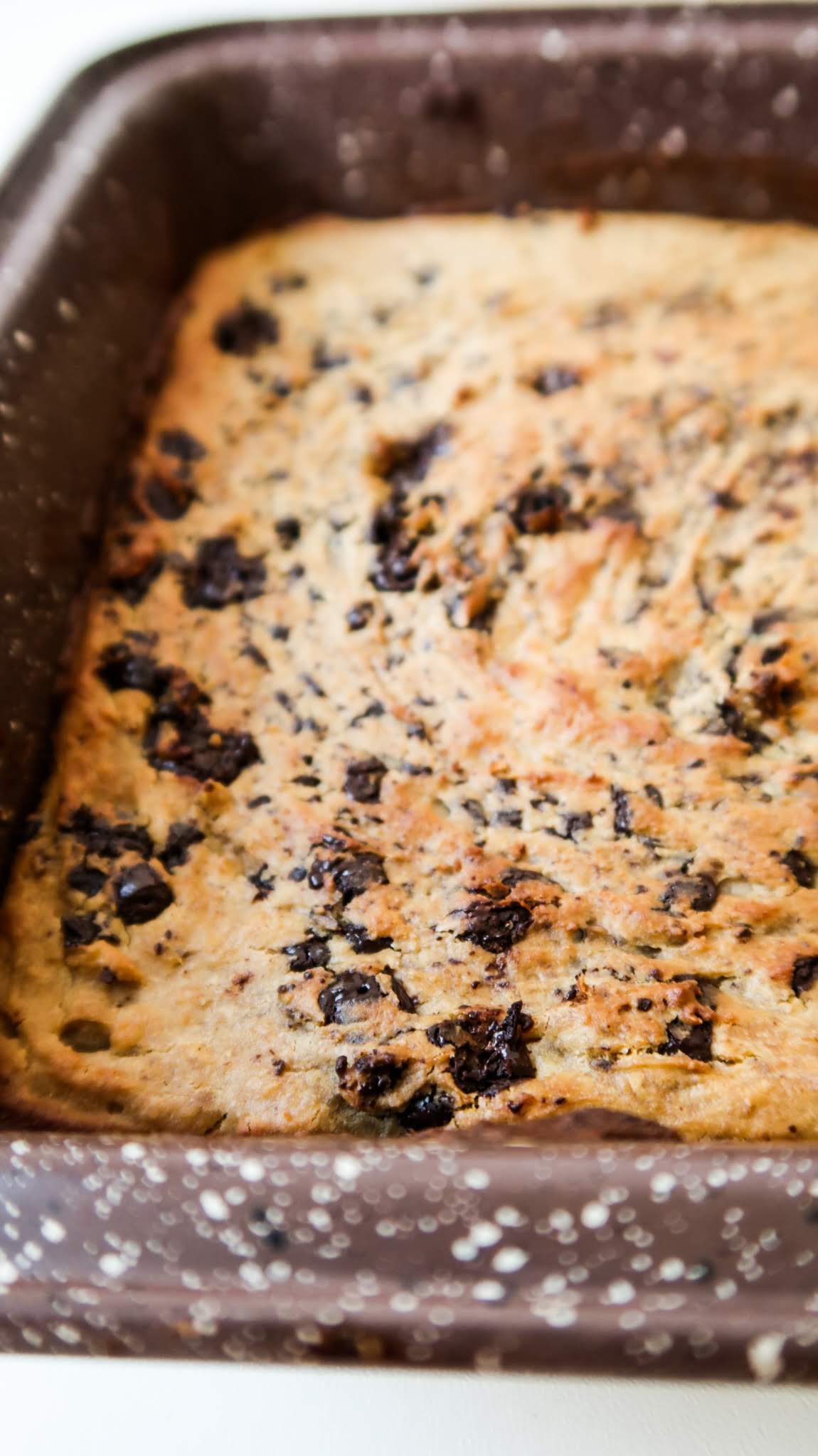 She looked at me and I never heard of her again. Maybe she just prioritized other things like staying away from weirdos who eat beans with chocolate. (and by she I mean my neighbor…”she” was an old woman with a passion for baking, overusing sugar and spying on her neighbors).

So brownies are coming (they were delicious!!!!) but for now let’s focus on the blondies, that I’m not gonna lie to you I saw this pin by Ambitious kitchen and my mouth said to me: “You need this, it’s exciting”. They were pretty mesmerizing and I’ve had dreams about them for a few weeks, not gonna pretend.

So I used my sister’s oven again and I put my own twist on the recipe with more peanut butter and dates instead of maple syrup. Well, I know I shouldn’t eat that much peanut butter because I had kidney stones last year, but the other day, I didn’t wear rubber gloves when I went to the store, so I’ve decided I’m living on the edge now. After that I came home, washed my hands and took a shot of vodka to disinfect internally too. 10 am, I’m doing great. 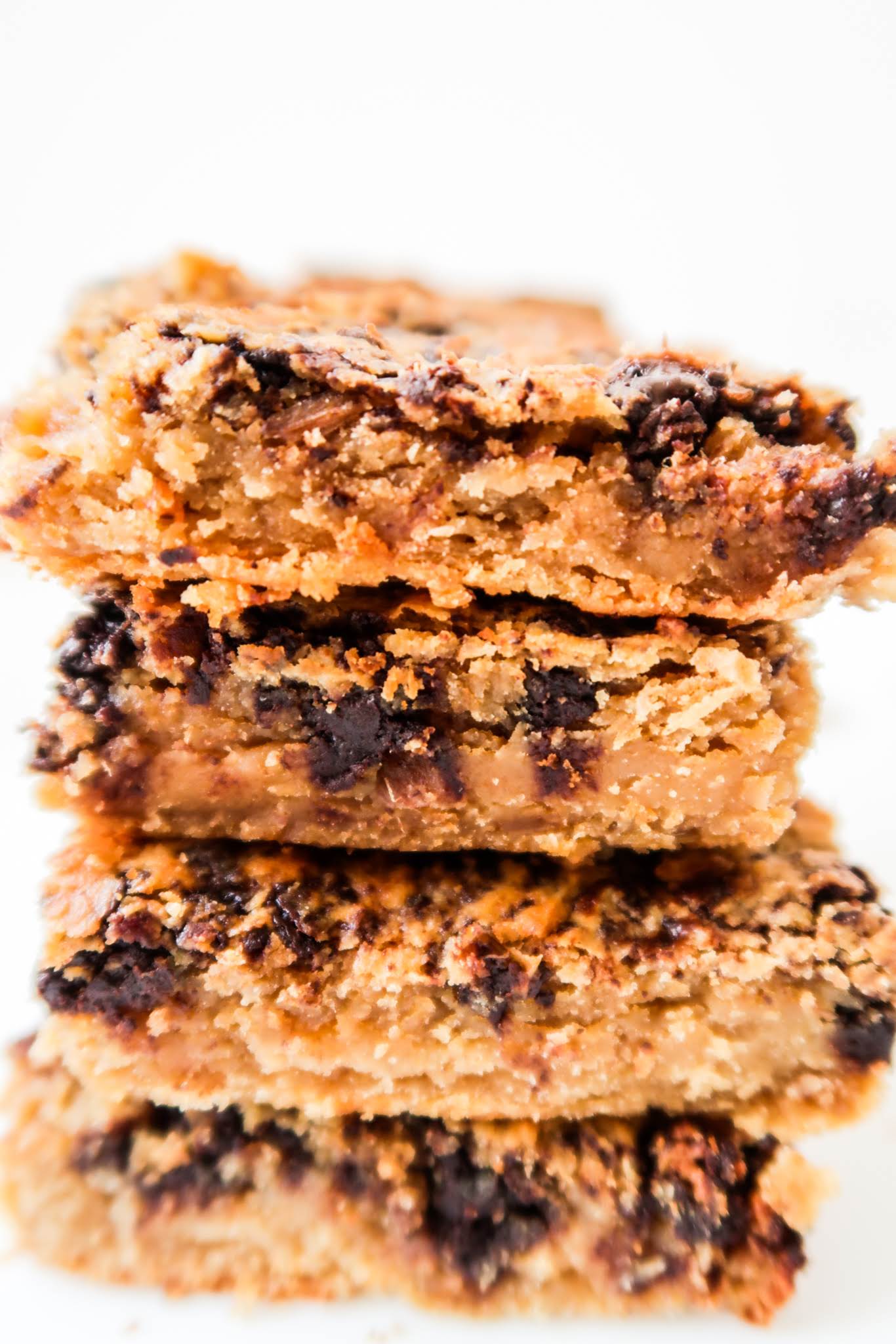 How To Make Chickpea Blondies

I’ve shared these blondies with my sister, my dad and my nephew and they all loved them, but I must say most of these blondies, like many other awards in this universe, went to me. That’s right, the chickpea blondie goes to the narcissist who said “If you’re like me” 3000 times throughout this recipe post.

Now, I’m gonna be honest here, after cleaning up an entire tray of these chickpea blondies I wasn’t feeling like a Vitoria secret model or Beyonce or anyone who isn’t overly bloated. I guess, I was, in fact, “kinda” bloated from eating an entire can of chickpeas with 2/3 cup of peanut butter. But were they delicious? Yes. Will I do it again? Probably not all of them within 24 hours. Might need to buy a mini tray and some self control on the black web. 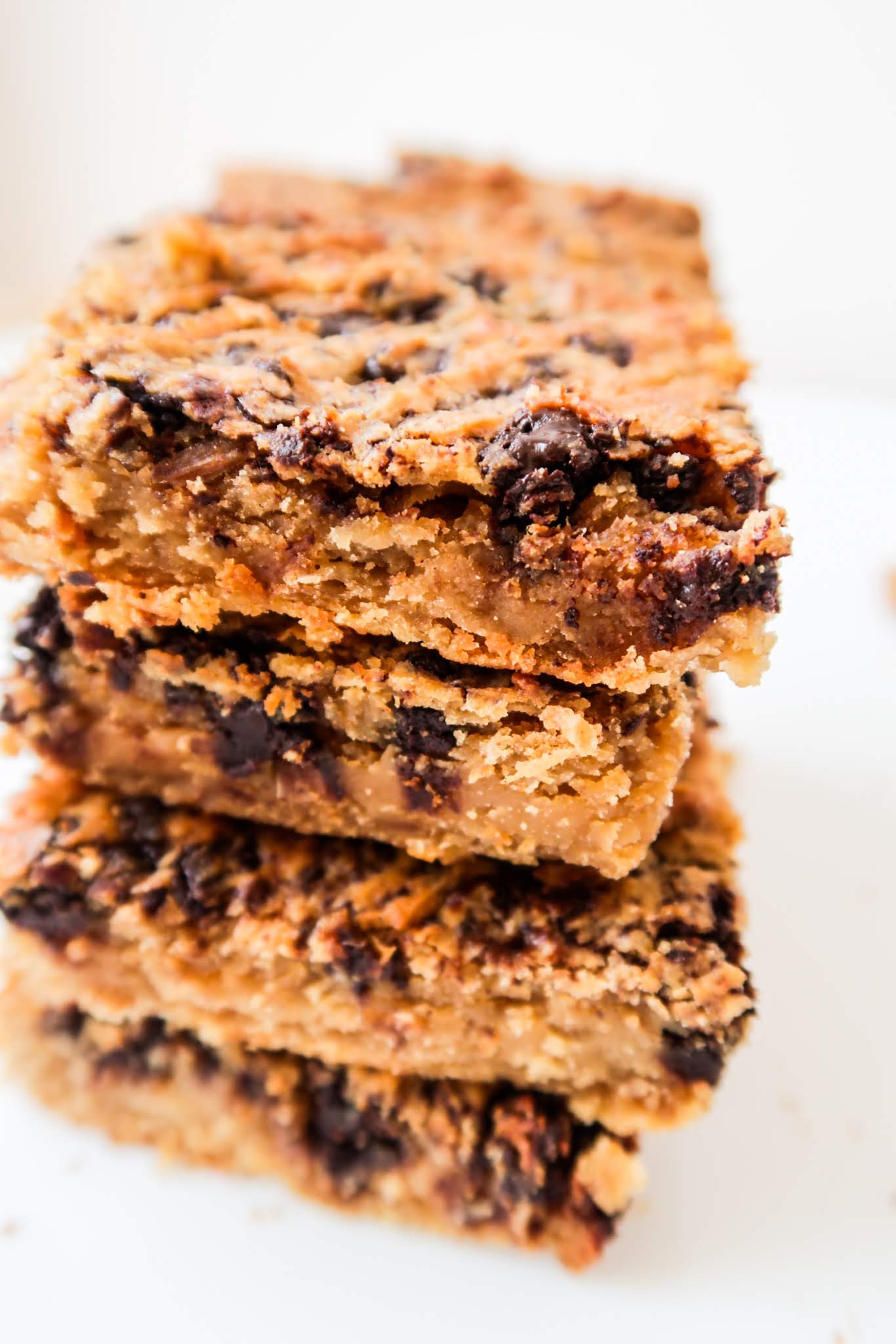 After making the brownies too, I’m now ready to go and make a savory dish with my cans.

Blend the chickpeas and all other ingredients, except the chocolate using a blender or a hand blender until smooth.

Pour and spread out the mixture in a small baking pan. Smooth the batter out with the back of a spoon, you can add some water on the spoon to make this process easier.

Add the chocolate chunks and spread them out, pressing them into the batter.

Bake for 20 minutes, let cool off and slice. Store in the fridge in an airtight container for up to 5 days. 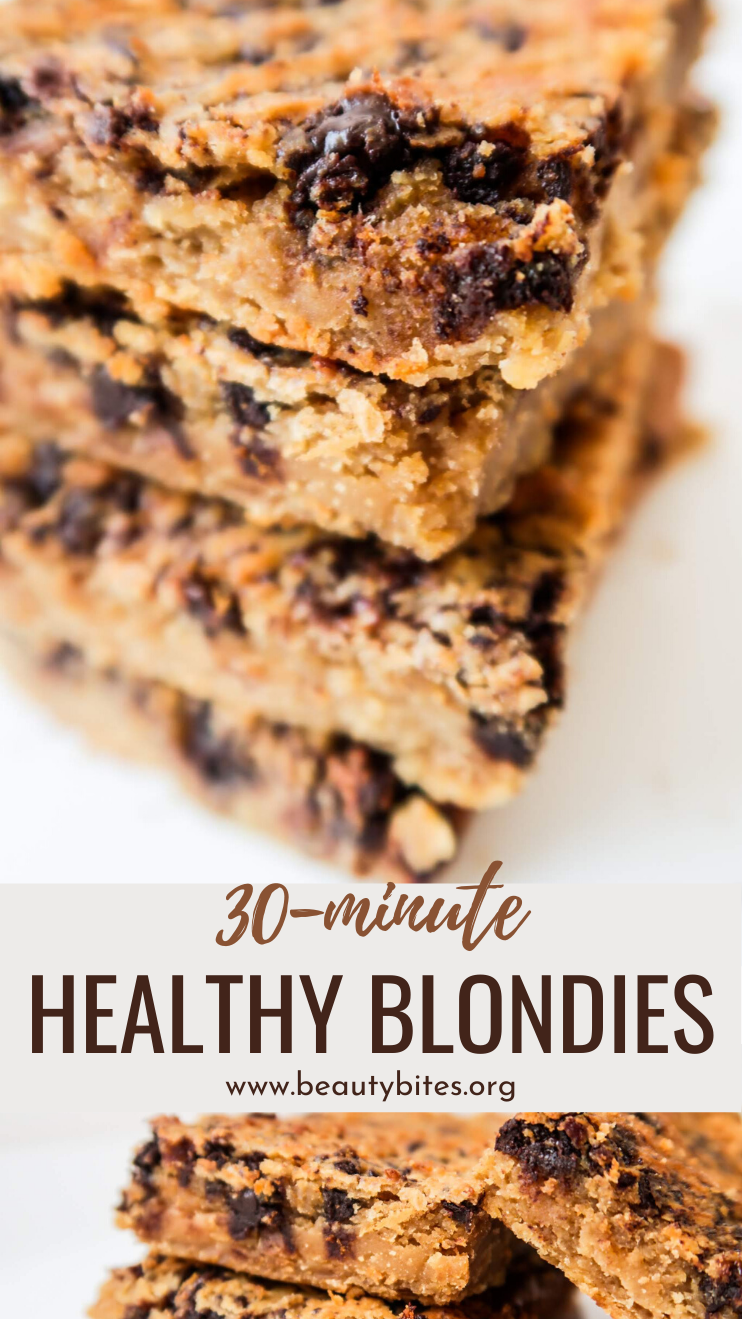 Share:
« 7-Day Barre Workout Plan
One Week Workout Plan With Dumbbells You Can Do At Home »