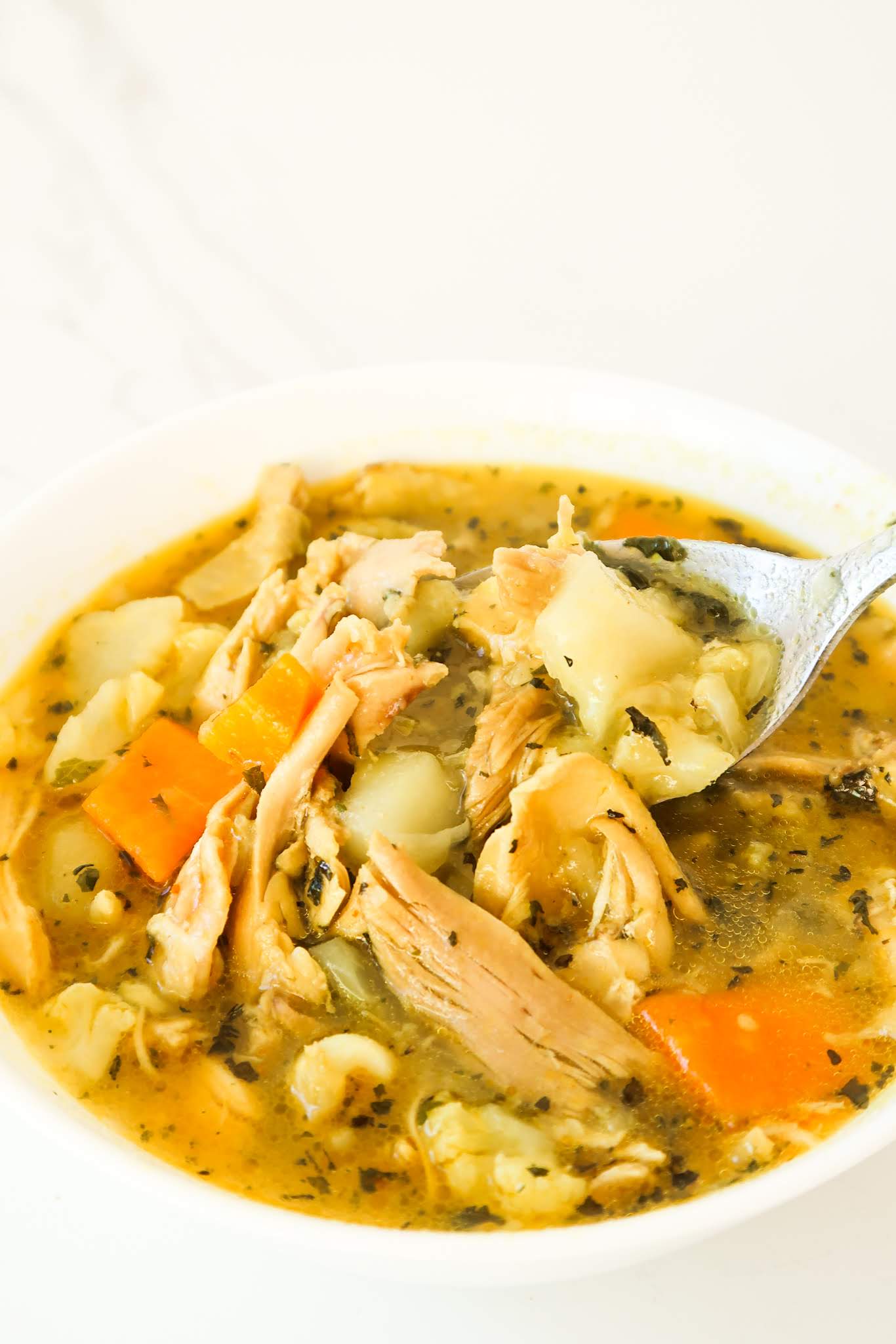 I was pretty surprised that for the last few months I never craved soup. Like I love soup, it’s my thing. Give me some soup, put some black pepper on it and I’m a happy person. I learned how to make soup first when I was 14. My first few attempts turned into something like potato mash and nobody wanted to eat them, but as with everything – I’ve gotten better over the years.

It wasn’t until the last few days of 2019 when it got super cold that I was reminded soups actually exist. So on the very first day of this year I decided to make my favorite chicken soup, but with an anti-inflammatory twist. I added some extra herbs, spices and vegetables to make this chicken soup super healthy, filling and delicious. 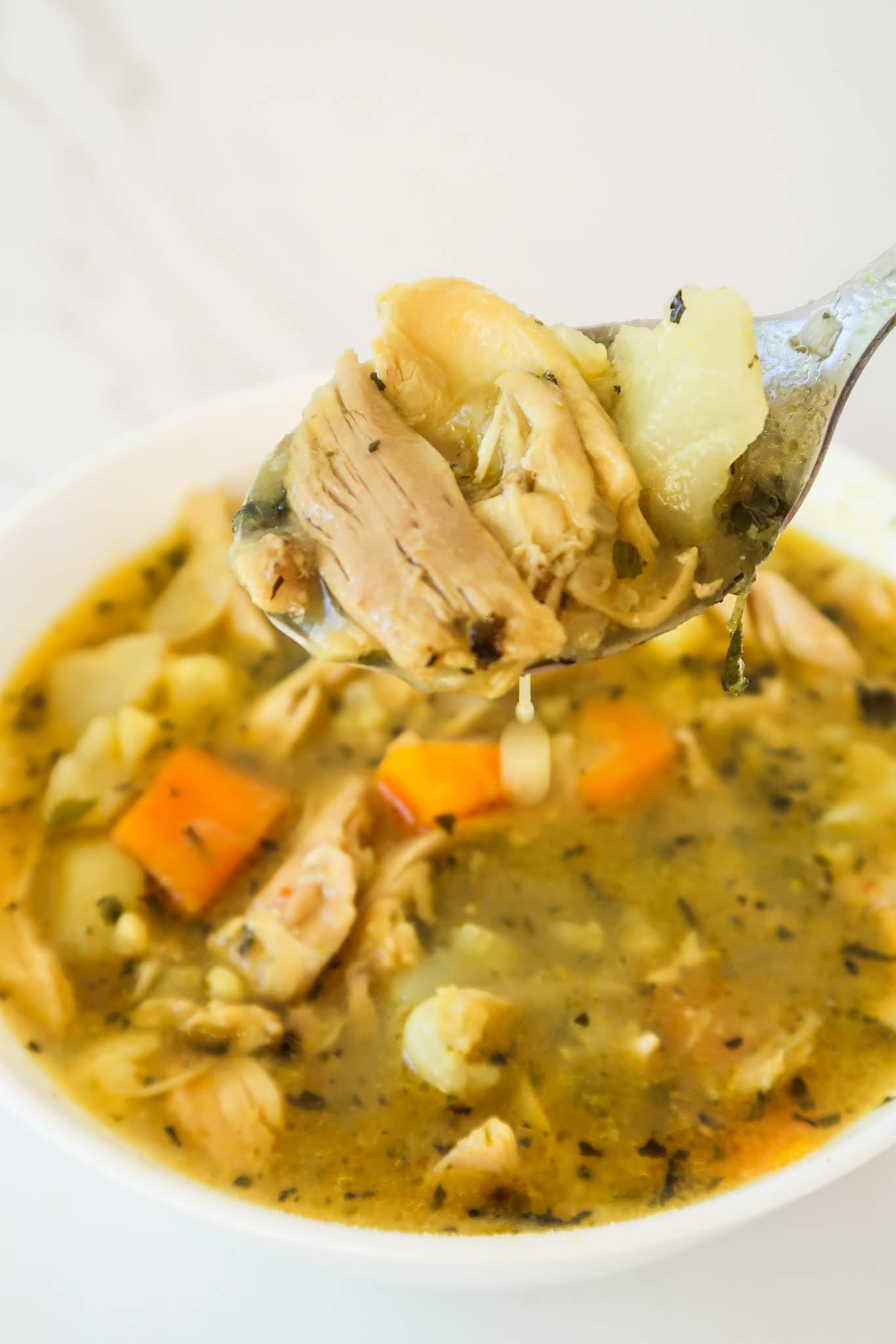 One thing I always do with chicken soup is that I actually cook whole chicken thighs, then remove the bones while keeping the broth. It’s a very lengthy procedure and not very glamorous, but I always do it like this, because I get the best broth this way.

While the chicken thighs are cooking in some salted water, I chop my vegetables. I cook the onion and the potato together with the chicken, because I don’t like raw onion or raw potato in soups. I would also add the turmeric, mint and salt, so that everything can cook together.

After around 30 minutes of cooking, the chicken is most likely ready. So I just fish it out, put it in a bowl with cold filtered water, let it cool off a little and start removing the bones. Not a fun part, but one that’s necessary.

While the chicken is out of the cooking pot, I blended the rest of the ingredients in the cooking pot. I did this only halfway using a hand blender. This then makes a thicker broth and I love it.

When the chicken is done, I add it back into the cooking pot together with the water I used for cooling it down. Then I add the vegetables and cook for 5-10 more minutes.

Then it’s time to eat! 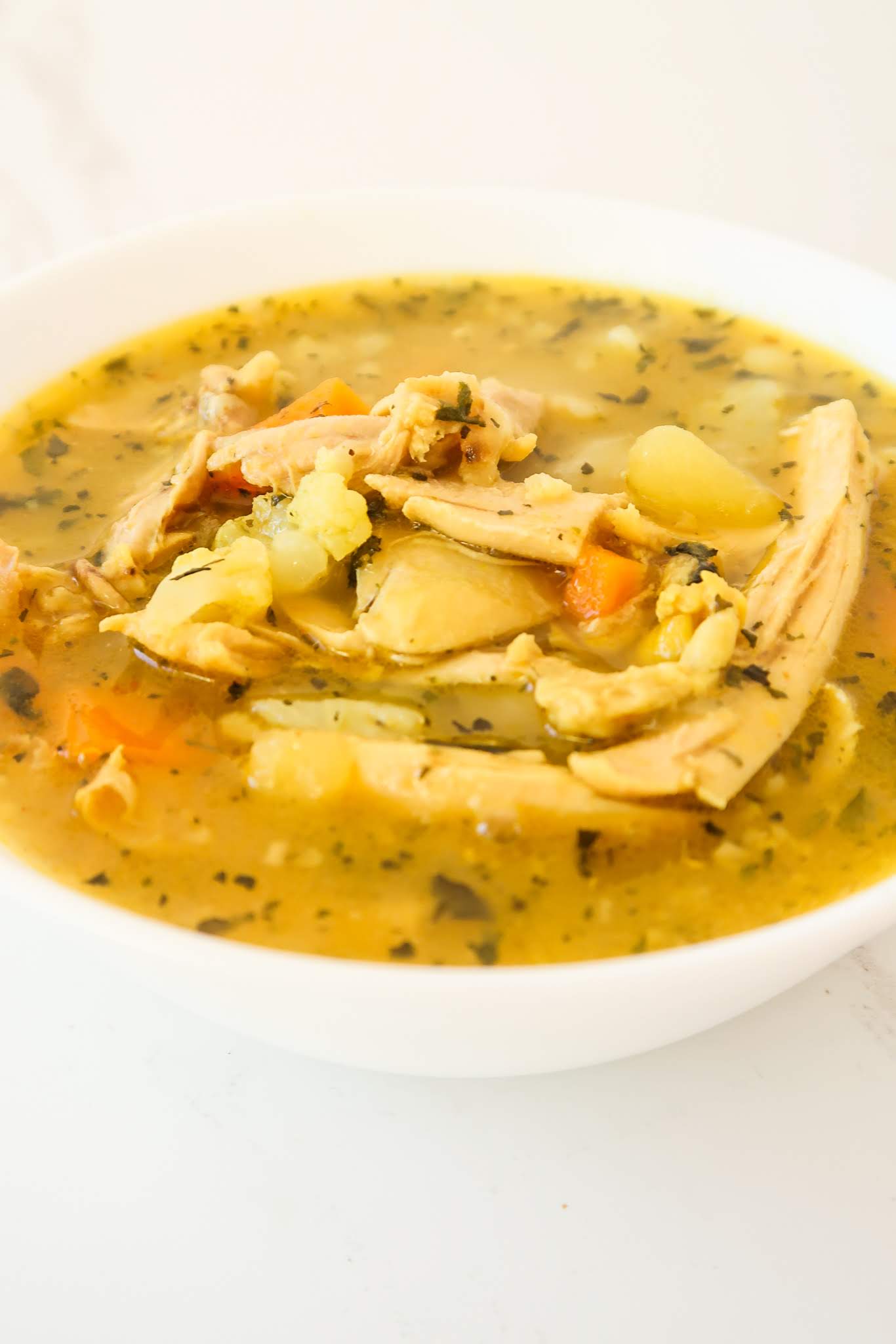 So there was a study quite a while ago (in the forgotten 2000) and the researchers found out that chicken soup actually has a mild anti-inflammatory effect and that might be the reason why it’s a good remedy for upper respiratory tract infections like the common cold. You can find that study here.

With that in mind, I wanted to make a soup that has some extra anti-inflammatory ingredients and here they are: 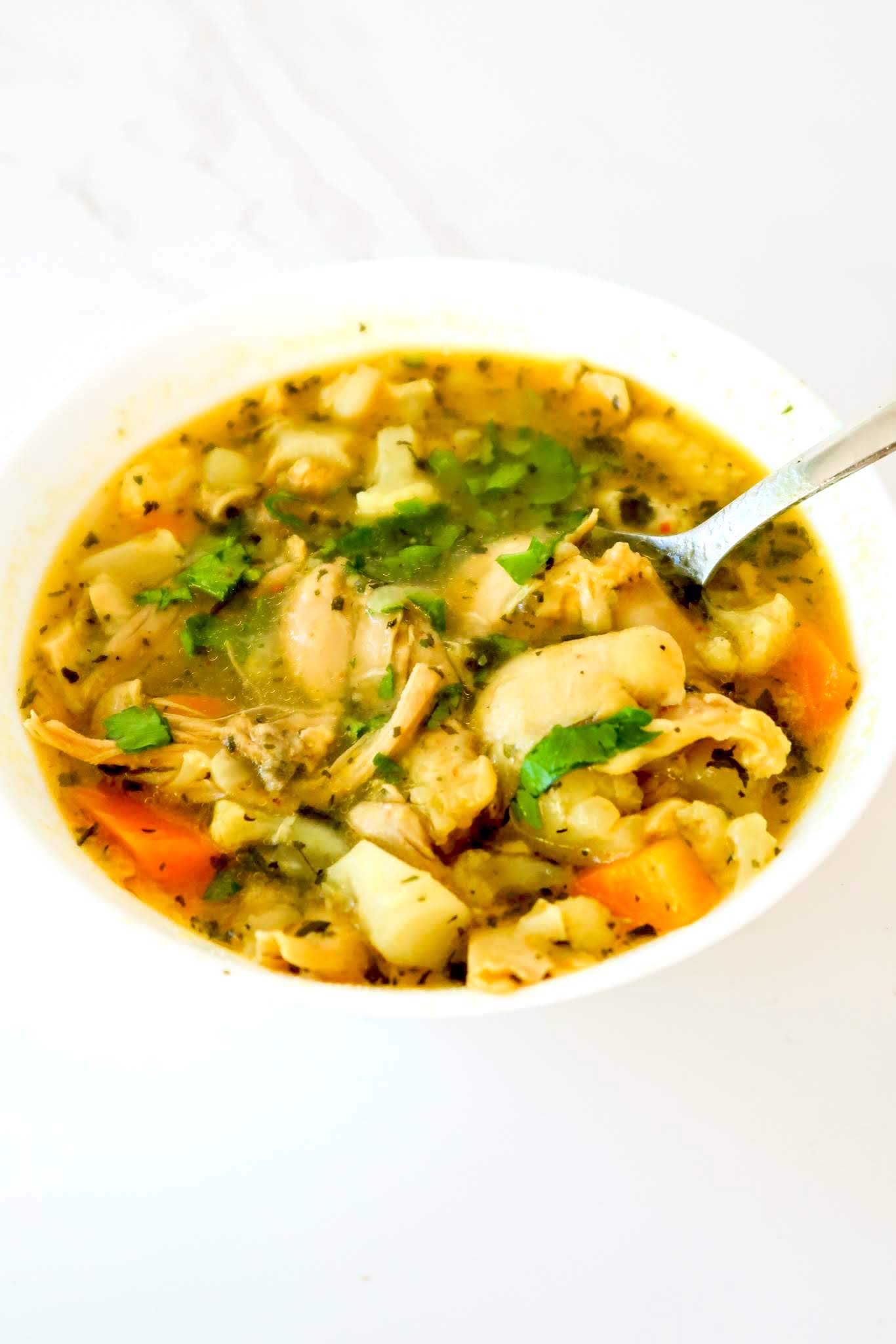 So if you’re not familiar with this: nightshades are a small group of delicious vegetables like tomatoes, potatoes, eggplant and peppers. Now, these vegetables are healthy and anti-inflammatory for most of us in moderate amounts – there have been many studies that show these very vegetables actually reduce inflammation. HOWEVERR, with some people, nightshades might cause unwanted reactions and worsen inflammatory symptoms. Like for example with some arthritis patients. You can read more about this here.

So as you’ll see I used one potato in this soup. If you do know nightshades don’t make you feel your best, don’t use a potato. Instead, you can add some lentils, whole grains like quinoa or a sweet potato if you like it.

I hope you like the soup if you decide to make it. Meanwhile, I’ve gotten a bit of a cold and have been having this soup as my main meal for the last few days, but weirdly I still like it.