This is my take on how to be happy – it’s something I found to be true for me through a lot of trial and error, some pain and a lot of time. 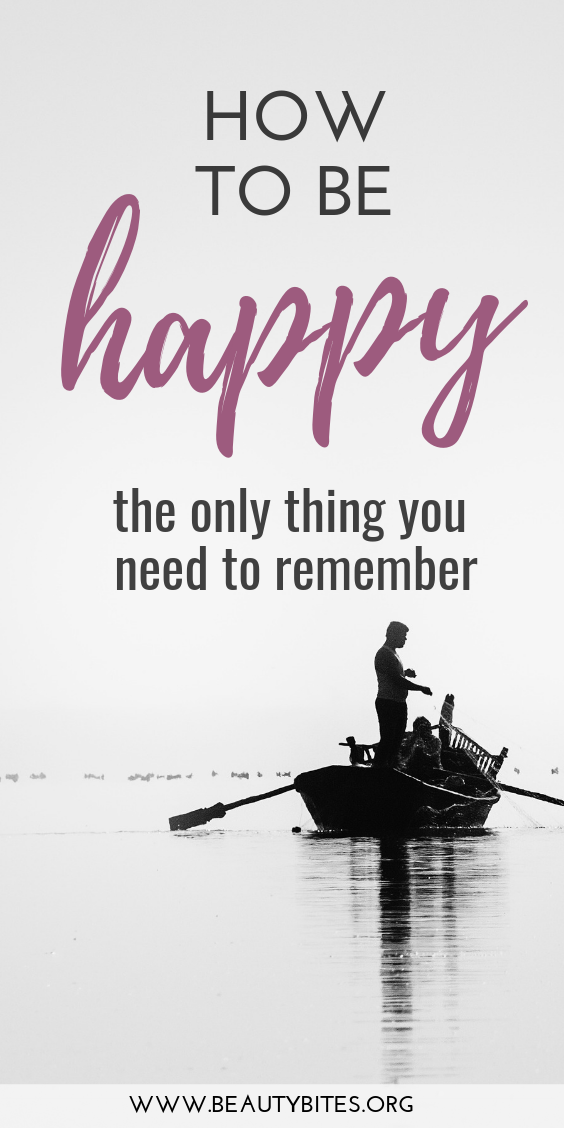 In life, and this is true for most areas of life the key to happiness is to not be lazy.

There’s no happiness in really settling in, when you think about it. What do people do after a while of being in a relationship, if they get lazy? They separate. But before that they make each other pretty unhappy. If they both don’t seek change individually and together.

There’s no long-term happiness in a routine.

Sure a morning routine is not a bad thing, when you can switch it up a little. Do a different workout, drink a different smoothie, go somewhere you haven’t been before.

We humans might be creatures of habit, but we’re also made to explore. So just because something works for you right now, or worked before, don’t be lazy about exploring what else is out there that can bring you joy!

Your body’s for sure not lazy. Whether you’re working out or not, sleeping or eating, your body’s working around the clock. It doesn’t miss a heartbeat, it’s processing all your thoughts, it’s digesting what you ate. Your body’s the farthest thing from being lazy.

It’s not in our nature to be lazy. If we want to survive we need to be adaptable, to change constantly.

When I was studying biochemistry, one of the subjects was physical chemistry. I sound like a douche right now, but know that I’ve never been a fan of physics. So I remember nada from that class today. Well, almost. One thing that stayed with me is the second law of thermodynamics (very douch-y). Now I’m not that perfect to remember it exactly, I remember my own version of it, so I had to check wiki. In the words of the German physicist and mathematician Rudolf Clausius it states this:

Keyword here: entropy. What is entropy?

So if the universe tends to maximum disorder, or chaos as I remember it from that lecture, why wouldn’t we? Why would we feel happy if we get lazy and remain the same?

And take it from someone who is (or was) kinda lazy in almost every area I just described + around a 1000 more. When you’re the one creating the chaos, when you stop being lazy or negligent – you start feeling happy.

Now I realize, if my professor read this post, he would probably stop teaching. But it was something on my mind today when I was walking in the morning. It’s not a science-backed method or anything, it’s just my thoughts and experience and I wanted to be the one creating the entropy today, so that’s it.