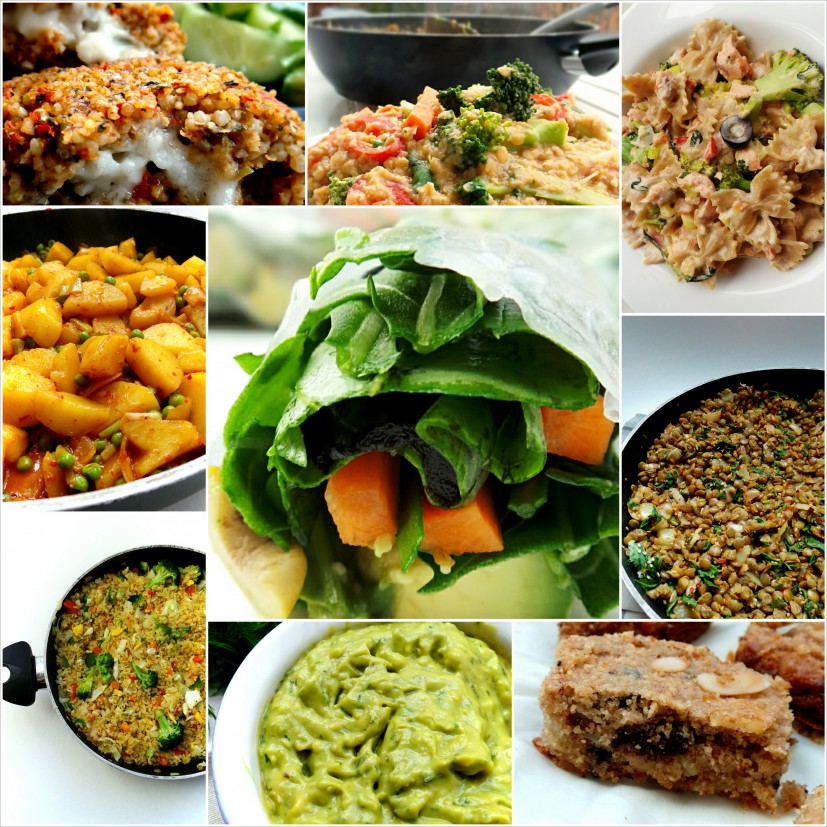 These last 21 days I did not feel like I’m on a mission. I did not feel like I am doing a challenge as well. Maybe that is why I couldn’t lose more than a kilogram during the last three weeks. On the other hand I must say – I did adopt a few of the habits I wanted to. Although I struggle sometimes I mostly do not eat after 8 pm. I exercise almost daily (or at least I feel guilty when I don’t), I start my day almost every morning with a smoothie and I haven’t eaten meat since maybe a month. I eat now mainly vegan, sometimes fish and a few times cheesy and eggy stuff.

Slowly but surely I’ll get to my goal.

I just need to step it up a notch. But now that I have at least 4 habits down – I can easily focus on the ones I have most problems with – small portions and no more seconds. These two will make the difference for weight and fat loss. They’re my Everests! Of course it’s also important what I’m eating. But considering I haven’t really bought a chocolate from a store anymore and am eating mostly vegetables, nuts, grains and legumes, I think it’s safe to say I’m on the right path.

Let’s summarize my experience with the habit formation these last 21 days one by one.

NOOOOT. If you’ve read my previous posts you’d know very well I broke this rule more than once. 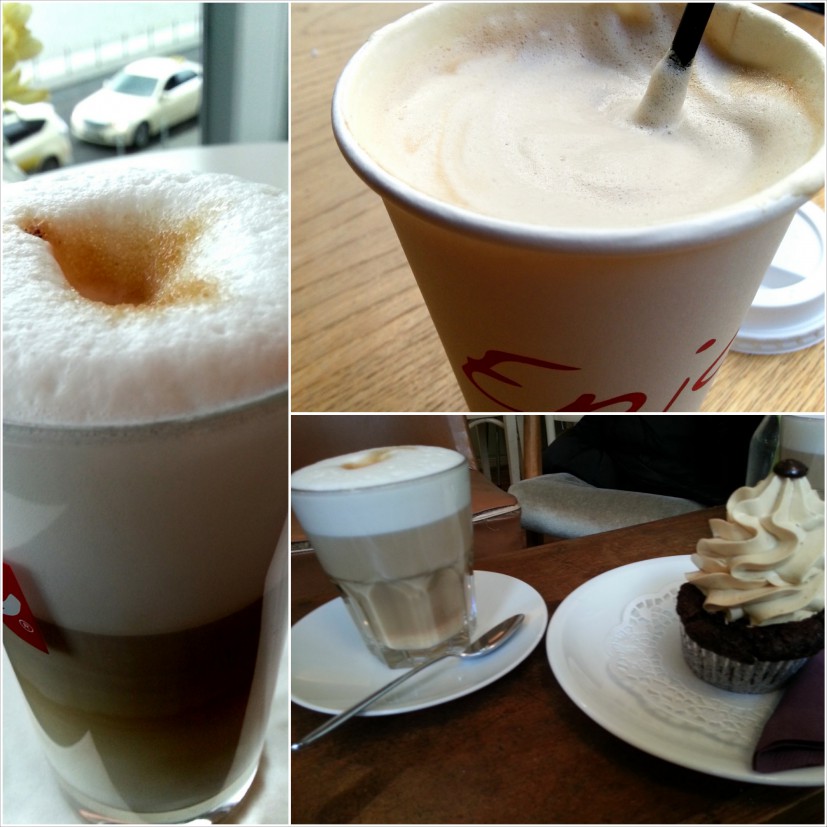 Which is a lot, given I was on this mission only 21 days. The good thing is though – I can have coffee one day and then the next day I don’t even miss it.

2. Have a smoothie in the morning.

I’m proud to say I’m doing great with this one – I’m experimenting with different fruits, vegetables and just having some fun with it. 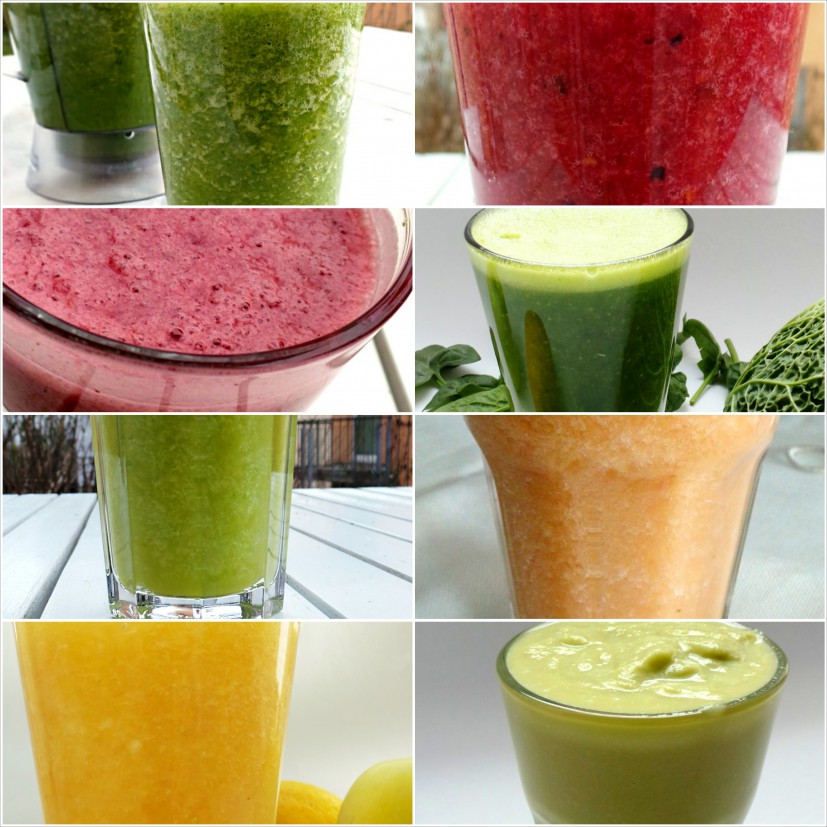 Contrary to coffee smoothies do give me more energy and wake me up in the morning. Coffee, if anything at all, makes my heart race like a trillion horses, makes me nervous, acidifies and dehydrates my body, all in all – I feel like horse crap. None of this happens with a good smoothie – I feel wide awake, hydrated and with an uplifted spirit.

I can honestly say I do have 6 portions a day. BUT! They’re far from small. I can just never leave the table /or wherever I’m eating hungry. That’s just not me. That’s not how I’ve been raised – eat everything you have on your plate is the rule in life. And if you have more – get a second serving. That’s the extension of the rule. 2 of them for sure are smoothies though. But that does not change the fact that all the other ones are big big portions.

Because I don’t feel like having a fat stomach is me – I’ll have to try a lot harder to make it with this rule. I feel like it’s the missing piece of the puzzle for my success to shape up and look the best I can.

I’m so thirsty right now, writing! But somehow too lazy to get my ass up to go and get the bottle of water. Hell I’m too lazy to put on my pyjama right now.

But during the last 3 weeks I have actually been drinking lots of water – plain, in smoothies and because it’s cold also in teas. Don’t ask me how often I’ve been peeing per day.

But hydration is muy important – so better drinking and peeing, than not peeing and a lot better than drinking your pee.

I’ve actually succeeded as far as I could with this habit – I have not been eating or drinking anything besides water/tea after 8 pm these last weeks (Well except yesterday, when I was eating peanut butter directly out of the jar). But to every habit there’s an exception, and this habit is not an exception of the rule…Confusiiiing. What I mean is – whenever I went out in the evening, I couldn’t really only drink tea or water. A drank a few beers (like a real young feminine lady) and sometimes I even ate at one Chinese place, but a small portion of dumplings and fried rice. So what? And it was practically on the next day in the morning at 3 am, so this does not count. Okay. It counts. I broke also this rule. A few times. Big times.

All the other diet rules would be useless if I was only eating in McDonalds. I tried to keep my food home-made and change it up a lot. That’s one of the basics – giving your body access to all kinds of good nutrients. From the fatties, the proteins, the phytochemicals, the vitamins…When they actually work together – they have added effects. That’s why, like in sports and other areas in life for that matter – it’s important to change it up. Adaptation is important to make habits and become an expert in one field, but diversity is key to really growing, to really challenging yourself. And diversity will always get you to success – whether it’s food, sports, a job…you name it. Don’t get too comfortable at a place where you don’t feel complete. And thankfully most of us have this something called – getting bored – it’s a protective mechanism against staying at a shitty job, eating only one thing and spending three hours in a gym daily to not lose a gram of fat in the end. Okay, I’m not sure whether it’s a protective mechanism, but it sounds logical.

So yeah – I mixed it all up. I did most days vegan, 2-3 days vegetarian and 2-3 days fishy. I did not eat meat during those three weeks, and I can honestly for the first time of my life say I don’t actually miss meat, I don’t crave it even one tiny bit. That’s a lot – coming from a person who devoured half a chicken per day in her teenage years. And almost all through her twenties.

This is the habit that I love most. I can with a hand on my heart say – I love sports. I just love the way sport makes me feel – not only that it keeps me motivated, happy and I’d like to think in a few months really lean – it also gives me power and confidence. The confidence to think I’m invincible (even though I’m probably not, after all I did lose a few arm wrestling battles – by the way, I’m a girl, in case you get confused somewhere between the beer drinking and the arm wrestling) and I can do everything I put my mind to, I can do the impossible. I am not Number 4. I am Goethe. If he was an athlete of course.

Sports do make me feel more alive and exercising actually makes me want to eat less, and when I get hungry, I’m hungry for the good stuff. For fresh vegetables, fish, legumes…And because these make me feel lighter, I feel like I can achieve more in sports, so that motivates me to try harder and to work out more often. Like I said – it’s a circle.

Needless to say that despite all my love for sports – I did not exercise daily. But I was exercising at least 4 times a week, which is also a good result and I achieved my goal that far – to turn sports into a habit. Now I can’t go a day without it.

Still working on this one. I’m always setting my alarm for 7am and have to listen to “Can’t touch this” by MC Hammer, which is not only my ringtone, but also alarm tone, all the way from 7 until 8 am – when I finally decide it’s time to get it together and get up. I guess I’m a little bit of a night person. Exhibit A – I don’t know if it’s the coffee I had at 8 pm, but right now it’s 1:34, I’m wide awake and I can’t stop writing. So it’s gonna be hard, and not that healthy to wake up at 7 am in the morning. Also if you don’t sleep enough – you cannot lose weight. So I would just have to change that – try to go earlier to sleep. If I only knew how.

10. Find time to do everything you want – don’t postpone things.

I completely forgot this rule even existed. I often write things very quickly and don’t register them in my mind. However I think I have not been postponing things that much. Even though, I still haven’t sent one very urgent letter. But can you blame me – the pigeon hasn’t visited me for a long time at my window. How am I supposed to send the letter?

11. Stop with the smartphone addiction.

I’ve got this more under control than a few weeks ago. I just turn off my WI-FI or my mobile connection and once I don’t have internet – like a miracle I don’t use the phone at all any more. It’s amazing how much time I have now for other things like writing here, preparing recipes, doing exercises, enjoying a tv show or just listening to music. Whatsapp, facebook, e-mails…- all such a waste of valuable time.

What I also often do when I go out is that I leave my phone at home – whoever wanted to see me has already called me or wrote me. It’s so much better to be in the moment and to actually give the people you’re hanging out with the appreciation and respect they deserve. Everyone has done it, and it’s so disrespectful to be with someone and only stare at your phone like you actually don’t want to be there. Seriously stop it. Maybe just stop the internet connection though, so you can still make some pictures for good memories and call if you need to.

Well you know how that went – I have been posting here pretty often. But not daily, so glass is half-full. Sometimes I’m either tired, or I don’t know what to say, or I have planned it, but don’t really have time and need to take care of other things at the moment.

But I think I’ve been posting here at least 3 times per week, which is the minimum I wanted to do. I will step it up a notch and I will also give you more interesting topics and pizza toppings to read about here. Good content needs time and practice though. So in the words of Take That – have a little patience.

So that’s it. Those were all of the rules and I know I did not do perfect and while I have some feelings of guilt and dissatisfaction – I’m still proud of myself. I could at least cover the basic habits and I know where my weaknesses are, so I can work on them.

I’ve in fact picked up another habit unintentionally – I now grab my camera every time I eat something. That’s so weird and funny – like someone brainwashed me. I just have to take a picture of everything I eat. I did find out that a photographic food diary is very helpful – you get to see how much you are actually eating, you see all the weaknesses in your diet and once you see those weaknesses it’s up to you to change them.

Share:
« Last Days Of My 12 Habits in 21 Days Mission
MILKING SOME ALMONDS »