Have you ever been at a urological congress where doctors get together, laugh and talk about random peoples private parts?

I’m telling you, nobody deserves to see those. Not a doctor. I mean they paid their dues by studying for a decade and making less money than homeless people – just give them a rest.

How do people even approach that – “Hey, doctor! I’ve got something really disgusting down there, you’ve gotta take a look at it, or you’ll regret it for the rest of your life.” I imagine it goes a little like that.

Wow I feel like I was in some sex education class.

My mind is blown.

But the most important thing I learned is that the X chromosome is normal and the Y is its ugly mini friend. Yes it’s almost half of it – like Mini me. Perhaps something like these two potato heads here. 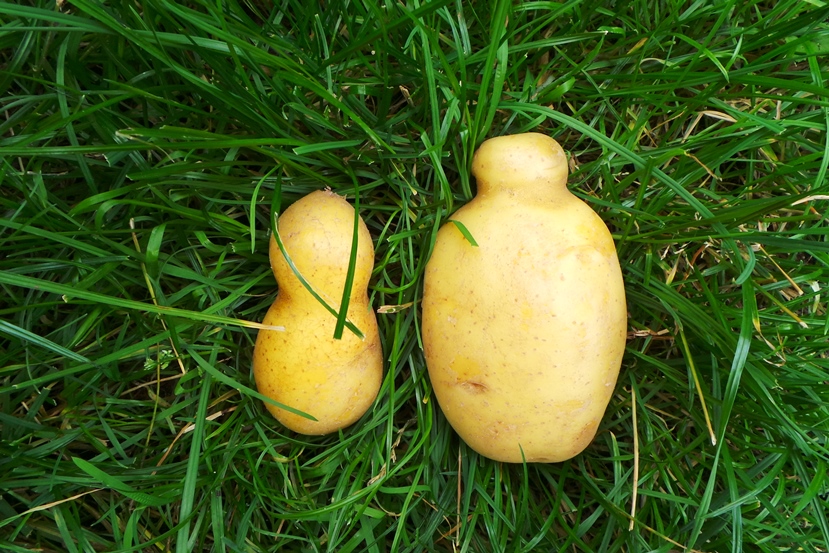 Like a X-chromosome WannaBe. I’m not even gonna comment on that, I swear. Except that… well isn’t this basically the proof that women are better than men? Achoo. What’s with the allergy in September?

The other thing I learned is that men benefit from marriage more than women. Like we didn’t know that. Men who are married live longer than those who are divorced or have never been married. I don’t know what this has to do with private parts, peeing or as urologists call it: micturition, but to me it was the discovery of the gillenium. Why you frontin’, put a ring on it. 2 songs in one – this girl is on fire.

As you can imagine, I give this information now, to every guy I meet. I’m thinking about making an infographic, printing it and just handing it out to every man on the street and at work. Just to inform them and keep them grounded.

I’m thinking the title should be something like: “Men – life goes on without you. But will your life go on without us?”. I think they will beat me with stones, if I handed that out. But who am I to spare them the truth. I also like to remind guys, that they wouldn’t even have been born if it wasn’t for us. But we of course love them – guys are funny, smart, human, they’re definitely more focused and most of them are quite awesome. Some of them are also far better cooks than women, so that’s a plus.

The biggest discovery at this congress though was that urologists are the funniest, nicest and most positive people I have ever met. I mean the way they were talking about all those disgusting diseases was just amazing – they made it educational, engaging and really funny. Next year, maybe I’ll go again.